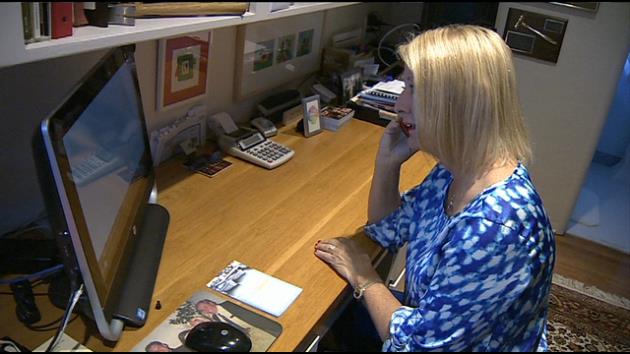 WSVN — Tech support scammers are looking to phone home this holiday season. Your home. Do what they tell you, and you could end up with a hijacked computer. Investigative reporter Carmel Cafiero is On the Case.

Thieves don’t need to break into your home to steal your sense of security.

Nancy Daly: “They said to me that they were the technical division of Windows and that my computer had been compromised.”

Nancy Daly got the call at her Fort Lauderdale home. The caller on the other end claimed she could help “fix” Nancy’s computer, but would need to access it remotely.

Nancy Daly: “For a minute, I thought it might be legitimate.”

The Federal Trade Commission has received thousands of complaints about tech-support scams. Fast-talkers call and claim they’re associated with big companies like Microsoft, and say you’ve got big computer problems like viruses or malicious software.

Leeor Geva, LMG Solutions: “The absolute worst thing that I get is a phone call from someone saying, ‘Hey, you know, Microsoft called me and told me to go to my computer and do a couple of things,’ and I say, ‘Oh, no.'”

Leeor Geva: “At the end of the day, they’re looking for money.”

One of his elderly clients fell for the scam and got locked out of her own computer, until she gave up her credit card number.

So we decided to turn the tables. We called the folks who contacted Nancy.

“Steve”: Thank you very much for calling Windows technical department. This is Steve Austin. How may I help you?”

We had a clean computer, but Leeor called and told “Steve” he had received a voicemail saying it had a virus. Right on cue, “Steve” launched into a familiar script.

“Steve”: “We have called you up because we have received some error updates from the system. That is why we have just called you, to make you aware of the problems.”

“Steve” said he was with a group of Microsoft certified technicians and walked Leeor through a series of steps.

Having us pull up a Windows log and asking us if we saw error messages. We did, but Leeor knows they are harmless notices that have nothing to do with viruses.

But “Steve” still gave us a dire warning.

“Steve”: “Some infections, like adware, spyware, (inaudible), malware, they come and get installed into your computer.”

“Steve” told us he could run a system check and resolve the nonexistent problems on our computer, for a price.

“Steve”: “One hundred and seventy-nine dollars it starts with, and for three-year service warranty.”

“Steve” said he was in India and told Leeor to download software that would give him access to the computer in Fort Lauderdale.

Leeor Geva: “OK, now I see you moving the mouse.”

He even downloaded this scrolling code onto our computer, complete with an official-looking “Windows Technical Department” box to make it appear like he was scanning our computer for viruses.

It was time to teach the tech.

Leeor Geva: “You just made me run a script for no reason on the computer.”

Carmel Cafiero: “The whole issue here is that people who do not understand what’s going on with computers get calls like yours.”

Carmel Cafiero: “Oh, I do? And what’s the correct concept?

Instead, Steve hung up. Experts say scammers try and scare you into believing you have a problem, when you don’t.

Leeor Geva: “Once you give them access, you’ve opened up your entire computer to them.”

A Microsoft spokesperson sent 7News a statement, reading in part: “Consumers will never receive a call from Microsoft or our partners asking for a credit card number to charge for computer fixes.”

Carmel Cafiero: “The takeaway in all of this is, you can be tech-savvy without being a computer expert. It’s pretty simple: If the phone rings and tech support you did not request is on the line, hang up. Carmel Cafiero, 7 News.”

FOR MORE INFORMATION ON THE SCAM, OR TO FILE A COMPLAINT: