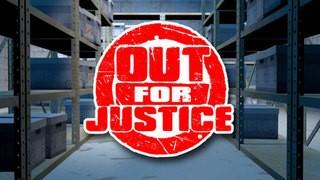 WSVN — They believe the key is a phone call when she was little, Colleen wanted to be an actress.

Nick Perris: "Boy I tell you, Mary doesn't know how good she's got it."

Nick Perris: We did T-ball that year and it was so hard because she was such a petite little girl that I was so afraid of her getting hurt."

Colleen was an only child, adored by her parents who did everything to make sure she had a great life and she did till she got a phone call on September 30th, 2000.

Nick Perris: "She got a call at 2:59, which we didn't know obviously it was on her cell phone."

Colleen told her mother she was running out for a minute and would be right back.

Colleen never came back. Her parents searched and searched so did Plantation police.

Det. Joe Messina: "We found the car it was in a parking spot, properly parked nothing out of the norm. No signs of a struggle, no evidence, no evidence of anything."

But Nick and Nancy have never given up and never stopped trying to find out about Colleen. Flyers they printed asking for information about her disappearance are still up in the postal center they own.

Det. Joe Messina: "She met someone she trusted and shouldn't have. It's the only thing I can think of."

Police have questioned Colleen's friends and her family. At one point, the focus of the investigation turned to Colleen's uncle.

Nancy Perris: "My mother in law she was always leary of him being around Colleen she just didn't trust him."

Colleen's uncle was Mitch Ratisher who told detectives he offered to help Colleen a get a job modelling lingerie. When detectives asked Ratisher to take a polygraph test he refused.

Det. Joe Messina: "I think he was his own enemy by not cooperating. I think if he would have opened up his mouth and maby taken the polygraph test at the beginning we wouldn't have looked at him as long as we did."

The uncle didn't co-operate with police, but on the Fox show America's Most Wanted, he denied having anything to do with Colleen's disappearance.

Mitch Ratisher: "Everybody thinks because of my big mouth I had something to do with this, with Colleen's disappeance."

Patrick Fraser: "With no clues and no sign of Colleen, the focus now is on that phone call she got that day. Who made it? What did they tell her to get her to jump up and rush out? The answer to that question is crucial.

Nick Perris: "To us that's the whole key to what happened to Colleen was who called her at 3."

Patrick Fraser: "Today's technology would enable police to quickly trace the call, but 10-years-ago cellphones weren't that sophiscated. Instead, the Perris' are depending on a person to help

Nancy Perris: "Somebody out there called her and that person is still around I know they are-

To encourage someone to step forward, the Perris' added Colleen's life insurance money and college tuition to the reward fund to find out what happened to her..

Finding out about one phone call would mean so much to one family.

Det. Joe Messina: "As a police officer, as a father, I can only imagine what the Perris' are going through. I really want to know what happened."

Very few people can imagine what the Perris' have gone thru for 10 year. Living with pain that grows worse each day that passes.

Nick Perris: "Each of those holidays gets harder each year. It's actually magnified rather than fading so it's a whole different kind of pain and it just doesn't get easier it gets worse."

Make one anonymous call about a phone call to Colleen 10-years-ago and collect $30,000 dollars.

If you know or think you know who does know anything about Colleen Perris' disappearnce please give Broward crimestoppers a call, and if you have lost a loved one, if you want to remind people you are still out for justice give us a call.