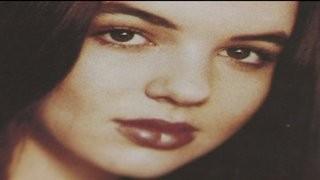 WSVN — Coe Paisley was the youngest of four children, but not just a part of a family. Often, the focus of the family.Kathleen Paisley: "If you think of a family like a wheel, and there's the spindles of a wheel, Coe was the center, she was everybody's favorite."By August 1994, Coe had graduated from law school and was starting out her career. So much to live for. Then she stopped to check on a duplex she was renovating in Coral Gables.Retired Detective James McColman, Miami-Dade Police: "Our theory is that she surprised somebody at the residence. She had a lot of workers there, in and out, and we believe that she went into the house thinking none of the workers were there."The thief was inside stealing a couple of air conditioners. Instead of running when Coe showed up, he attacked her. Kathleen Paisley: "They put their boot down on her head, just with full weight of a grown man on her head."Coe's sister came to check on her and found her still breathing. Everyone in the family rushed to the hospital.Kathleen Paisley: "When I got here she was on complete life support. She'd already been declared brain dead, and they were keeping her alive so I could see her and because she was an organ donor." Coe died not long afterward. For nearly 20 years the murder has stunned her family and frustrated police.Detective McColman: "It doesn't make any sense. They could have just ran away, but they chose not to."Who could have done it? At the time, police put out this sketch of a person of interest. Nothing came of it. Today Detective McColman believes the killer may have once worked on Coe's duplex.Detective McColman: "That's a very strong possibility that she did recognize someone that was there, which is why they confronted her the way they did."Beat Coe horribly, loaded up the two air conditioners. Then the killer went to Coe's car and took her briefcase and purse, but instead of taking the cash and credit cards out, he drove a few miles away to Opa-Locka and dumped them in a canal. The two air conditioners were never found, and of course, the case is still unsolved.Kathleen Paisley: "It's not so much about justice for us anymore, but I think my mother, she's 85, she's in failing health. I think if she could just know what happened, just knowing, would make a huge difference."Nearly two decades have passed since Coe was murdered. Detective McColman was on the case when she was killed. He has retired, but this case still bothers him, and he wanted to talk to let people know how important it is to finally find the killer.Detective McColman: "Maybe the person who knows what happened, and knows who did this to Coe, is no longer afraid of this person and can come forward and give some closure to the family. I know that's a cliché, closure, but to know that the person who killed your daughter or your sister is still running around on the streets, it's hard to deal with."A beautiful girl, a wonderful life, ended over a couple of air conditioners. Kathleen Paisley: "It would really be a gift to my mother and to us if we knew what happened. My belief is that there is someone out there that knows exactly what happened." Now is the time for someone to talk. Coe Paisley was murdered in August 1994, maybe by a person who once worked at her duplex. If you know anything, even if you don't think it's important, give Miami-Dade Crime Stoppers a call (305-471-TIPS). You may have the final piece of the puzzle to give a family a little peace. And if you have lost a loved one and want to remind people who have forgotten, give us a call and show you are still Out for Justice.FOR MORE INFORMATION:Out For Justice:Miami-Dade: 305-598-HELP (4357)Broward: 954-796-HELP (4357)