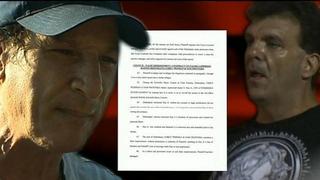 WSVN — Club Cinema is well known for its concerts and its customers, some of whom show up barely dressed.

Pompano Beach recently cracked down on the club for staying open past 2 a.m. which is against city rules. There have been issues concerning drug sales and drug use inside the club. And now something new, a lawsuit. A promoter is suing the club’s operator Sam Frontera and club manager Corey Weisman among others.

Jim Hay Jr. is the chief financial officer of Forbidden Entertainment, which is based in Sunrise. Youtube videos show concerts the company says it brought to Club Cinema. There was R&B singer Miguel, rapper Young Jeezy and electronic dance music group Krewella.

Hay says Club Cinema was paid $30,000 for the rights to put on the shows. According to the lawsuit, Club Cinema’s operators “Pocketed and refused to pay any of the money received from ticket sales on the Internet and failed to account for the amount of money received in the box office cash box.”

All money that Hay says belonged to his company.

Jim Hay Jr.: “It hurts us a great deal because we use this revenue to do the next show.”

But there’s more than money at issue. Here the lawsuit claims Frontera and Weisman, “Falsely imprisoned Hay by locking him in a room, so as to cut-off his access to the box office proceeds from the Krewella concert.”

Jim Hay Jr.: “Corey came out and said come, I need to talk to you. So I went into a room to talk to Corey and before I know it, four other guys come in and lock the doors behind me and stand in front of the doors. We had a discussion and then they threw me out.”

We were unable to reach Frontera or Weisman to respond to the lawsuit. And even as the latest battle takes off, the beat at the club goes on.