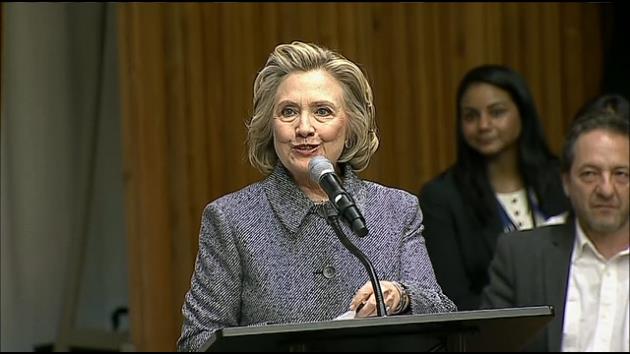 WASHINGTON (AP) — Hillary Rodham Clinton will try to recapture the magic of her come-from-behind victory in the 2008 New Hampshire primary as she returns to the state that gave her first presidential campaign a second wind.

Clinton again arrives in New Hampshire as the leading candidate for the Democratic nomination. This time, she faces little opposition. Nevertheless, her campaign is determined to show early-state voters that Clinton is not taking that position for granted.

As she did in Iowa last week, Clinton plans to forgo the packed rallies that marked her previous campaign and focus on smaller round-table events with selected groups of supporters.

She’ll speak with employees of Whitney Brothers Inc., a small business that makes wood furniture, in the liberal enclave of Keene on Monday and hold a round table with students and teachers at New Hampshire Technical Institute in Concord the next day.

New Hampshire has long been fertile ground for the Clinton family. In 1992, a second-place finish in the New Hampshire primary made Bill Clinton the “comeback kid,” refueling his effort to capture the nomination and, eventually, the White House. Sixteen years later, a win in New Hampshire salvaged Hillary Clinton’s campaign from a third-place finish in the Iowa caucuses and propelled her into a months-long battle for the nomination finally won by then-Sen. Barack Obama.

Last year, when Clinton spoke to a rally in New Hampshire ahead of the midterm elections, she recalled the dark days of her 2008 campaign: “You lifted me up, you gave me my voice back, you taught me so much about grit and determination. And I will never forget that.”