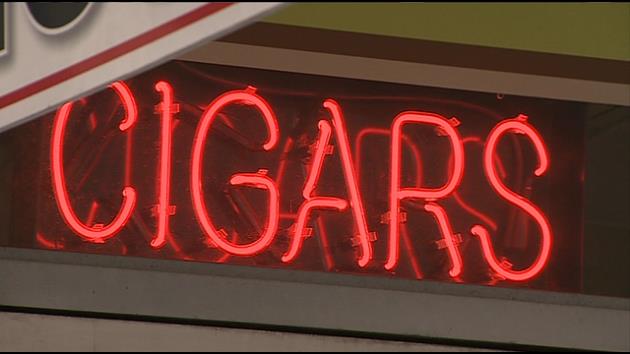 If you don’t smoke, you certainly don’t want to breathe in cigar or cigarette smoke all day. But what if your neighbor or the business next door smokes and it floats into your space? Do you have to put up with it? To get the answer, one woman called Help Me Howard with Patrick Fraser.

They say you can pick your friends, but you cannot pick your family. Fortunately, Maria Sicilia not only likes her family, she enjoys working with them.

Maria works at a MetroPCS store that her in-laws own in Kendall. Everything is great, except…

Maria Sicilia: “The only downfall we are having is the cigar smell constantly coming in.”

Next to the MetroPCS store is a cigar shop with the sign that says “real men smoke cigars.” Maria says, good for them. She just doesn’t want to smell their smoke all day.

Maria Sicilia: “It smells as if you have an ashtray right here. You’re constantly inhaling that, and your clothes, everything.”

Maria says she smells it at work, and smells it when she leaves work.

Maria Sicilia: “It’s stressful. I get home, and I smell it more than anything when I get home. And that is when I realize how much I have taken in.”

At a restaurant on the other side of the cigar shop? Same problem.

Maria Sicilia: “They get it there. Sometimes it’s so bad, they put a fan to extract it out of their place and try to air it out for customers.”

At the MetroPCS store, it sometimes cost them their customers.

Maria Sicilia: “Every day someone complains and sometimes they walk in and they’re like, No, I can’t take it.’ They walk right out.”

Maria has put up with it since the cigar shop opened three years ago in the Sunset West Shopping Center. Now it’s gotten more serious because she is eight months pregnant.

Maria Sicilia: “Not sure how much damage is really being done, and I hope there is none. It is scary.”

They complained to the cigar shop. Nothing changed. Maria says, months ago, the property manager promised that something would be done. Nothing was, meaning the aggravation and danger to their health goes on.

Maria Sicilia: “We don’t know how much damage this is causing us. No, we don’t smoke, and that is the most frustrating part. We are taking care of our health, but we are taking it in from someone else.”

Well, Howard, the people at the MetroPCS store don’t smoke, but the people here do. So does Maria have to put up with their smoky smell?

Howard Finkelstein: “No, she does not. The people can smoke in the cigar store as long as it does not interfere with another store. In other words, the smoke cannot leave their store. If it does, either the cigar store or the property owner has to fix the problem.”

We went to the cigar shop. They were not interested in talking to us. We spoke to a property manager about blocking the smoke from the cigar store. She told us they don’t comment on their leases, that this was not a story and that we should focus on the Ebola situation.

I think she was joking.

Anyway, good news for Maria and her family. A few days after we were there, the cigar store employees packed up, closed the store and left.

Howard Finkelstein: “If the cigar store had not moved and smoke had continued to irritate other businesses, you would have had to go to court. A judge could grant an injunction, stopping them from smoking immediately, and Maria and her family’s store could have gotten monetary damages from the landlord or cigar store for the problems caused for their store.”

Miguel Clavijo: “We are super pleased with Help Me Howard. They have done wonders for us.”

Maria is now at home, preparing for her new baby. But back at the store, everyone is enjoying the clean air.

Miguel Clavijo: “MetroPCS is happy. Most importantly, our customers are happy. They can walk into our stores and not smell like cigar when they leave.”

Maria expects to give birth this week. Hope everything goes perfectly. And while smoke cannot seep out of one business into another, it’s the same with condos and apartments. If your neighbor smokes and you smell it, it’s up to them to block it or the association. And if neither will, you might have go to court, but you don’t have to put up with secondhand smoke.

Problems got you burning up? Don’t let things go up in smoke. Strike up a conversation with us and see if we can match you up with a solution.