Chipotle wants to add dessert to the menu 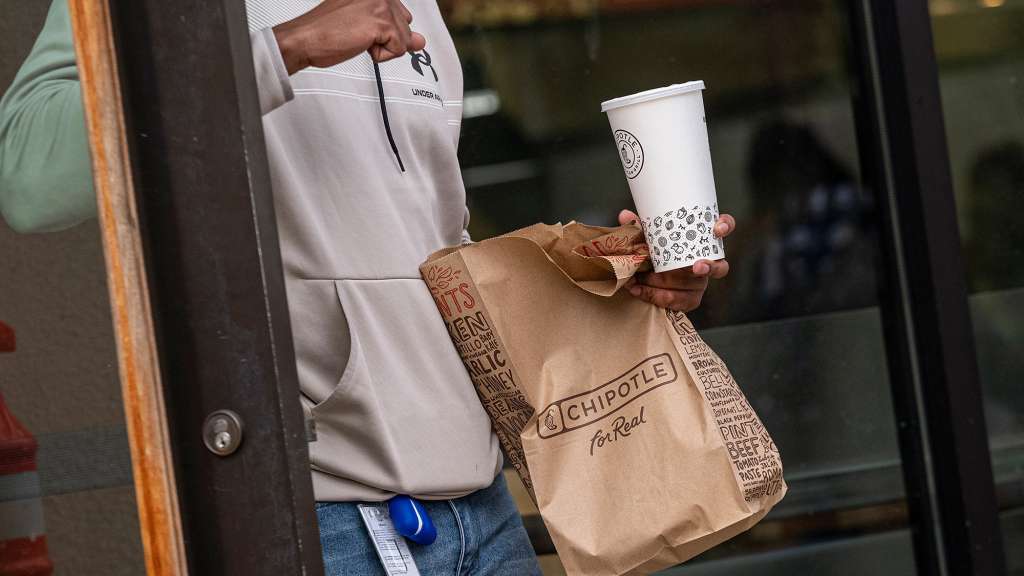 (CNN) — Chipotle, purveyor of burritos, tacos, guac, chips and a variety of other dishes, wants to add an elusive item to its menu: dessert.

The company has been trying to come up with a dessert option for years. In 2017, it tested out buñuelos, a crispy, cinnamony dessert with a chocolate dipping sauce. The following year, Chipotle showcased a Mexican chocolate shake at its test kitchen in New York. The chain has also considered churros as an option. But so far, nothing has stuck.

“We’re continuing to work hard on trying to figure out a dessert proposition” or other “add-on” items such as queso or guacamole, said CEO Brian Niccol during a Wednesday analyst call discussing the chain’s first quarter results.

New menu items are an important tool for restaurant chains, which use them to lure customers into stores and help create buzz around their brands. Chipotle typically launches two to three new menu items each year.

“We are constantly exploring new menu innovations, and dessert is an area where we see opportunity,” said Chris Brandt, the company’s Chief Marketing Officer, in an emailed statement.

“A couple of items have been trialed in this category over the past few years, however, we aren’t ready to push anything through the official stage gate process yet,” he added, referring to Chipotle’s official testing process.

Getting new menu items right
Add-ons in particular are a great way to boost the average check size, as customers getting an entree for lunch or dinner may decide to add a side such as queso or guacamole.

But it hasn’t always been easy for Chipotle to get those items right. When the brand launched queso in 2017, the cheesy dip got poor reviews, with customers complaining that the texture was “gritty,” and the flavor “like crayons.” The company changed the recipe soon after the initial launch, and rolled out yet another version in 2020.

Lately, the chain has had better luck with new items.

Last month Chipotle launched pollo asado nationally for a limited time. The grilled chicken option marked the chain’s first chicken recipe innovation in its history. “The reaction has been outstanding,” Niccol said during the call. He added that Chipotle’s second quarter is off to a good start thanks to pollo asado, which is “our most popular new protein to date.”

The company’s rewards program, which has close to 28 million members, can help the chain figure out how menu items are resonating with customers, Chipotle CTO Curt Garner told CNN Business.

“We’ve got a challenge going on right now in our rewards program where we’re giving people extra rewards points for … trying all of our proteins,” he said. “We’re then leaning in and understanding — did their behaviors change after they’ve tried the different proteins?” That insight helps inform the company’s thinking as to what type of menu items could do well with customers, he said.

Plus, the app helps drive awareness of new items as well as existing ones that might attract certain customers.

Higher prices, better staffing
Even without dessert or other new add-ons, Chipotle’s sales are growing. In the three months ended March 31, sales at restaurants open at least 13 months jumped 9% and total revenue grew 16% to $2 billion. Chipotle’s stock popped about 5% before the market opened Wednesday.

Chipotle raised prices by about 4% at the end of the first quarter, after raising them significantly last year. So far, customers aren’t too worried. “We’ve seen … very little resistance to the pricing,” Niccol said.

Higher prices help the company cover growing costs, such as pricier avocados, tortillas and dairy products. They also help offset higher wages. Last year, the company announced it was increasing pay for its restaurant workers to an average of $15 per hour. In addition to the boost in pay, Chipotle is emphasizing to employees that they’ll have the opportunity to move up the ladder at the company.

The tactics have paid off. Chipotle’s “staffing levels are better today than they were in 2019,” Niccol said. The company is also testing automation for its kitchens to help speed up service and allow workers to spend more time on higher-priority tasks.