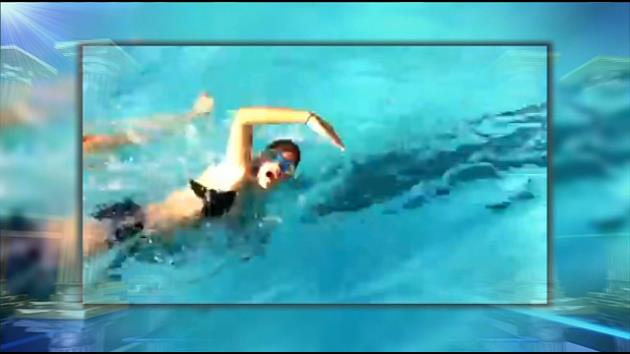 WSVN — It’s part of being a parent: teaching your kids to ride a bike, to play sports, to swim. But how would you feel if you were told, “Stop teaching your child to swim?” When it happened to one South Florida father, he was stunned, and turned to Help Me Howard with Patrick Fraser for some answers.

Manuel Acosta: “I am the father of three wonderful kids.”

If you hear the father of teenagers call them wonderful, some parents would ask, “How did you do it?”

Manuel Acosta: “You discipline them by taking away what they love the most: cell phones, video games. I don’t know know if it’s a good technique or what, but it works for me.”

Manuel was a platoon sergeant in the Marines, helping train the young recruits, and this summer he decided he needed to teach his young teens some swim strokes.

Manuel Acosta: “At least to do one proper stroke, to go from one side of the pool to the other side and come back without stopping.”

Manuel went down to the Hollywood YMCA and paid $70 for the family plan, which gave them access to the outdoor pool.

Manuel Acosta: “And I asked him before I signed, ‘Can I teach my kids how to swim?’ And they said, ‘Sure, just as long as there are no classes or sessions going on at the pool.'”

At 8:30, they showed up at the Y’s outdoor pool. Manuel says there were no classes, just a couple of swimmers, so his kids got in the water.

Manuel Acosta: “I told them, ‘Go ahead and swim from this side to the other side, and come back doing the freestyle.’ And then I starting showing them how to put their hands down and how to tilt their heads to get some air.”

Manuel then pulled out his iPad to tape each child on their first attempt. He said it was nice and quiet, just the sound of a swimmer.

And then his trouble started.

Manuel Acosta: “I was approached by the aquatic director, and she told me I couldn’t do that. If I wanted to teach my kids how to swim, I had to pay $65 dollars and join her program.”

Manuel was taken into the director’s office, where he told them that he had learned survival swimming as a Marine and wanted to teach his own children to swim.

Manuel Acosta: “They told me I could teach but I couldn’t coach, and I told them,, ‘What’s the difference?'”

Manuel said the explanation of the difference between coaching and swimming made no sense to him.

Manuel Acosta: “And if it’s gonna be like that, I don’t want to be here, and he said, ‘OK,’ and he went and pushed the button and deleted our account.”

Manuel was stunned and confused.

Manuel Acosta: “They embarrassed me and humiliated me in front of my kids, because my kids were wondering, ‘Did we do something wrong?'”

In fact, Manuel says, he is convinced he was not the one who was wrong.

Manuel Acosta: “The YMCA should be encouraging parents to teach their kids how to swim. It makes no sense to me, and I am really, really disappointed and upset at them.”

Well, Howard, can you be blocked from teaching your kids to swim?

Howard Finkelstein: “As silly as it sounds, the answer is yes. If you are in someone else’s pool, they can make their own rules and can even arbitrarily change them, as long as they give you back your money.”

I spoke to an official with the YMCA who told me: “The YMCA is committed to saving lives and fully supports parents teaching their children to swim in our pools. However, coaching is not allowed by anyone who is not certified in the Y’s swim instruction protocols.”

When I asked the difference between teaching and coaching, I was told a parent teaches while in the water with a child. Manuel was walking along the side of the pool. They also added this was not to get him to pay for their swimming lessons, that they charge for 9,500 swimming lessons a year, but they give 10,000 free lessons a year in South Florida. And that he was not kicked out of the Y; he chose to cancel his membership when they told him he could not help his kids learn to swim better.

Manuel Acosta: “Makes no sense to me.”

Being told he was coaching his kids instead of teaching them still amazes Manuel, but he has moved on, joining a fitness club to teach his kids to swim well, especially since his children are now kayaking.

Manuel Acosta: “Lately we have some friends, they have a lake, and they go kayaking. But it’s a big lake, and I’m just terrified and afraid that the kayak is gonna flip over, and I wanted them to learn how to swim from the middle of the lake all the way to the shore, at least.”

When I talked to the spokesperson at the Y, at the end of every conversation she said the same thing: Tell people to make sure their kids learn to swim. Whether you do it, someone else does it, just get it done. When I told Manuel that, he said, “That’s what I was trying to do.”

Soaked by problems that have you sinking? Ready for a lesson in finding a solution? Contact us. Hopefully, when we are done, things will go swimmingly.