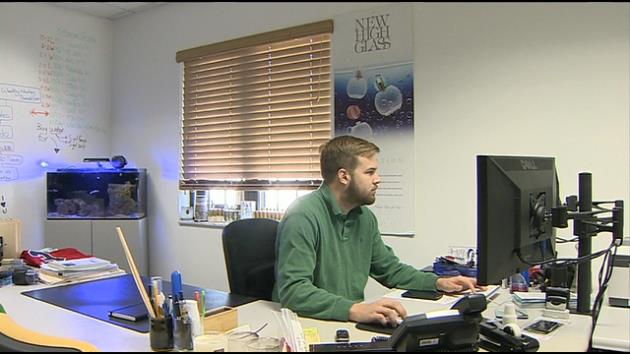 WSVN — For parents who can’t give birth to a child, nothing can match the joy of being able to adopt one, but as they grow up, there is another side. When the child becomes an adult and needs their medical information then can’t get it. It’s why one young man called Help Me Howard with Patrick Fraser.

When Jonathan and his sister were born, they had no idea how lucky they were, to have wonderful parents ready to adopt them and take them home.

Enrico Raccah: “I felt a love that I had never felt.”

When their children were young, Enrico and his wife told them they were adopted, Jonathan is glad they did.

Jonathan Raccah: “It was never a taboo. From day one I knew I was adopted. People would ask me, ‘Who is your dad?’ I would say, ‘My dad is my dad.'”

Jonathan was never curious about his birth parents, but now he is, joking about one reason…

Jonathan Raccah :”I was thinking what nation I should be cheering in the World Cup.”

But for medical reasons, he does need to know his birth parents’ background, and his father says, when Jonathan was adopted, he was told one of his birth parents was a Native American Indian.

Enrico Raccah: “If you find out that you belong to a very wealthy Indian community, I want my share!'”

The father and son both have senses of humor, but the search to find out about Jonathan’s background is sobering. Jonathan was born on August 16th, 1990 in Hollywood to a 19-year-old woman from the Northeast who would be 43 today.

The attorney who handled the adoption, Helen Hope, would have the file to help Jonathan out, but she passed away.

Enrico Raccah: “And because she was occupying an office that had to be vacated, the people who took over unfortunately took and threw all the files out.”

Next step: Tallahassee, where the Department of Children and Families keeps records of adoptions. Jonathan was told DCF had some records from the attorney who handled his adoption, but not his.

Jonathan Raccah: “It’s frustrating. I feel everyone should be entitled to know what their background is, at least medical history.”

Well, Howard, does Jonathan have a right to know the medical information from his biological parents that could one day save his life?

Howard Finkelstein: “Absolutely, yes. Once an adopted child becomes an adult, they have a right to their medical and social history. Usually, that file is sealed and a judge should release it. All you have to do is ask for it in writing.”

We helped Jonathan. He submitted this request to a judge to open the sealed file to help Jonathan retrieve “birth family origin and medical history, which would help the adult children and grandchildren.”

A Department of Children and Families representative even offered to be an intermediary to review the closed court record to help get the information for Jonathan, but Judge Reemberto Diaz denied the request to unseal the file, writing, “Good cause does not exist.”

We called Judge Diaz’s office to find out what more Jonathan needed to submit. A spokesperson said he couldn’t discuss adoption cases.

Howard Finkelstein: “This decision by this judge doesn’t make sense to me. He should have allowed Jonathan to get this information, and if he was going to deny it, help this young man and explain what information the judge thinks is lacking. He did not do that at all.”

Fortunately, advocates for Children and Families, a nonprofit organization, is going to help Jonathan go back to the judge to get his records unsealed. That fact, that he is so close but can’t see his file, stuns him…

Jonathan Raccah: “It’s kind of ridiculous, that you can jump on Google and find out to bake a cake or file taxes, anything nowadays, but something important, knowing your lineage, there is no set place you can go to.”

While Jonathan can get information about his medical history and ancestry from the file, he normally cannot get the identification of his birth parents. Jonathan knows that, of course. Anyway, we will keep an eye on his case and let you know if the judge finally lets him get that information.

Adopted the attitude that your fate is sealed? Don’t do that. Open things up with us. We’ll introduce you to something you were waiting to meet: a solution.