Body of Evidence – New search for remains of decapitated victim 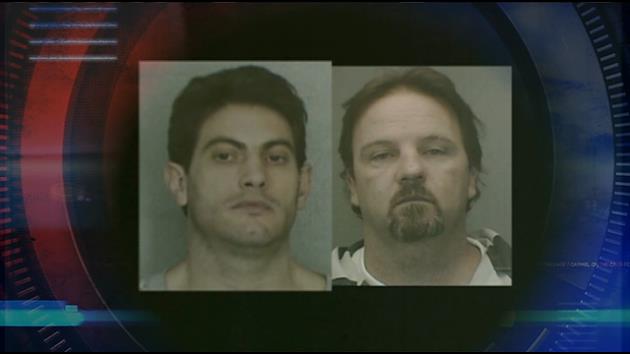 WSVN — You can’t get much more gruesome than a woman’s head wrapped in a grocery bag floating along Alligator Alley.

Scott Champagne: "We only recovered the victim’s head with nothing else."

Despite that, Broward Sheriff’s Office homicide Sgt. Scott Champagne was able to identify the victim as 41-year-old Lori Hatzakorzian from New York.

She was last seen with her friend Paul Trucchio as  well as Robert Mackey. Both men are now doing 30 years for her murder.

In the eight years since Lori’s death, neither man has given a location for the rest of her body.

But now Trucchio is talking.

Carmel Cafiero: "I understand you’re ready to say where Lori’s remains are?"

Cameras are not allowed in Broward’s main jail, but the conversation was recorded on the jail’s system.

Trucchio told me parts of her body were buried in a wooded area, next to a South Carolina motel.

Paul Trucchio: "Can you see this. You see what it says?"

I made it clear, I would give that information to authorities.

Carmel Cafiero: "I will share this information with them. I’m sure you understand that."

Within days, Sgt. Champagne traveled to Santee, South Carolina, and we went along with him.

Once we got there, Sgt. Champagne had specially trained dogs search the area around the Swamp Fox Motel.

Scott Champagne: "This thing has consumed me for eight years … I’ve talked to the family at length on numerous occasions, and one of the things I’ve always told them is, I wouldn’t feel like there was full closure on this thing until we brought Lori home."

For hours, three dogs worked the wooded area next to the motel.

Trucchio had refused to tell me what part of the body had been buried here or how she was killed.

Carmel Cafiero: "Although authorities are skeptical of Trucchio’s version of the truth, this particular location rang true because it is close to a motel, and there was testimony that Trucchio and his partner Mackey had boasted that they cut up Lori in a motel bathtub."

So why is Trucchio talking now? He wants out of this guilty plea he took in early 2012.

Trucchio maintains the murder did not take place in Florida and now wants a trial.

Sgt. Champagne, meanwhile, was cautiously optimistic he would find remains in the South Carolina woods.

Scott Champagne: "This is probably the most promising information I’ve ever received as to where the rest of Lori — where her remains are."

But it didn’t happen. Over the years, the area has changed dramatically. Weeds have grown sky high, and two years ago, the area was logged, leaving decaying trees. However, all three dogs showed interest in the same concentrated areas.

Candice Braun: "That tells me that there’s something out there that all three dogs are very interested in."

Candice Braun: "They just can’t pinpoint exactly where that interesting odor is coming from."

Sgt. Champagne hasn’t given up the search in eight years and clearly doesn’t intend to now.

Scott Champagne: "It does fit with some of the things we knew over the years, and that’s why I’m not giving up on this area by any means."

He’s asked, and the search team has agreed to use the area for training their dogs in the hopes that maybe they’ll uncover something.

But for now, the mystery continues. Where is the rest of Lori Hatzakorzian?