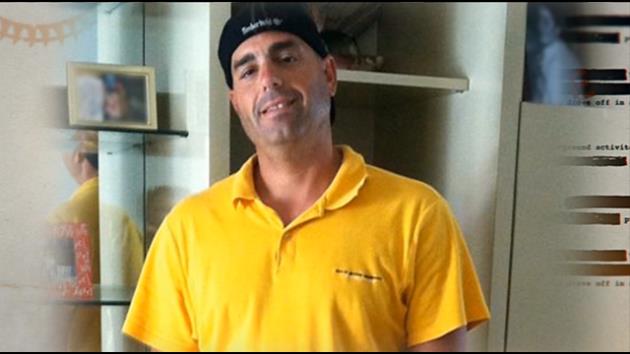 WSVN — Two women say they’ve been used by a seasoned South Florida felon known for breaking hearts and the law. Investigative reporter Carmel Cafiero is on the case.

When Nana met Frank, she thought they’d be together forever. Instead it might take her forever to pay off the bills she has because of him.

Nana Iosava: “He wanted to marry me since the day our meeting. He says, ‘You know what? I want to marry you.’ I said, ‘What?'”

Nana Iosava says they met online last year and Frank Amanti told her he was in the military and had just returned from overseas.

Nana Iosava: “I am a ranger, special forces, just returned on June 6.”

And Frank Amanti had just returned on June 6, but not from serving our country, from serving six years in state prison.

Nana had no idea Amanti was out on probation, and she had no idea he had been arrested repeatedly since the 90’s for everything from grand theft to felony battery.

Now, Nana says she’s paying a price for their romance.

She says she bought Amanti a motorcycle, jewelry and even co-signed on a lease for a Mercedes based on his claim he was coming into a $3 million inheritance.

Nana Iosava: “Right now I am minus over $210,000 including everything. My credit line is gone.”

She is not alone.

Annie Smulevich: “I met him, we went out to coffee.

Annie Smulevich: “One afternoon we were at his house and he asked me, ‘Do you have credit cards?’ and I said, ‘Yeah’ and he says, ‘What kind of credit do you have?’ I said, ‘It’s none of your business.'”

However, she says she ended up loaning Amanti money and in return got a $5,000 bad check.

Debbi Ciulla: “You know, I thought he was for real. I didn’t know.”

This isn’t the first time Amanti has made 7News.

Debbie Ciulla: “We were engaged. He gave me two rings which were actually fake.”

In 2006, Debbie Ciulla said her relationship with Amanti left her in debt. Even worse, he, “Took a steam iron and burned the tops of her feet.”

That landed him in prison.

BSO spokesperson Dani Moschella: “He appears to be a successful scam artist.”

BSO spokesperson Dani Moschella: “This should be a warning to anybody in the beginning of a new relationship when you really don’t know somebody, pay attention to those red flags. That’s a time when we tend to be led by our hearts and that’s the most important time to not be.”

BSO arrested him for violating his probation after he moved without telling the state corrections department.

Good news for Nana, who says he is right where he belongs.

Nana Iosava: “I want to see him, as long as possible, in prison.”

On Facebook, we found a quote Amanti posted: “If you don’t pay my bills or sleep with me, you can’t tell me what to do.”