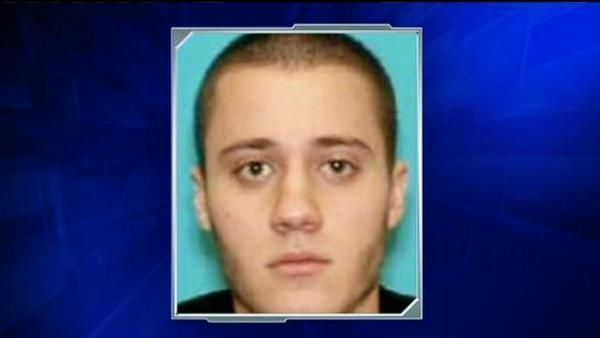 By TAMI ABDOLLAH
Associated Press LOS ANGELES (AP) – Minutes before a gunman opened fire in a Los Angeles International Airport terminal last fall, killing a security screener and wounding three other people, the two armed officers assigned to the area left for breaks without informing a dispatcher as required.

The Los Angeles Airport Police Department officers were outside Terminal 3 when authorities say Paul Ciancia opened fire with an assault rifle, two law enforcement officials told The Associated Press. The officials requested anonymity, saying they were briefed on the shooting but were not authorized to speak publicly about the ongoing investigation.

As terrified travelers dived for cover, TSA officers – who are unarmed – fled the screening area without hitting a panic button or using a landline to call for help. It took a call from an airline contractor to a police dispatcher, who then alerted officers over the radio – a lag of nearly a minute and a half, the officials said.

Before officers could get to the scene, Ciancia fatally wounded TSA Officer Gerardo Hernandez and then headed to the screening area where he shot two more agents and a traveler, authorities said. Ciancia was subdued after being wounded by officers in the gate area of the terminal.

As part of a review prompted by the shooting, the TSA is considering allowing screeners to carry cellphones while working, according to an agency official close to the investigation who requested anonymity. The official wasn’t authorized to speak publicly about the investigation because it is ongoing.

Officials need to decide whether the ability for agents to quickly call for help in an emergency trumps the potential distraction from the phones.

The Los Angeles shooting refocused the public’s attention on airport security. Despite many changes since the Sept. 11 attacks, it’s almost impossible to stop a gunman from simply entering a terminal.

The new details about the whereabouts of the two officers and communication issues come as authorities review the overall response, including whether emergency medical personnel were forced to wait longer than necessary to remove Hernandez so he could be taken to a hospital. The AP earlier reported that Hernandez did not receive medical care until 33 minutes after he was shot. A coroner’s release said he was likely dead within two to five minutes.

At LAX, armed police officers are assigned to each terminal and allowed to roam the vast expanses looking for suspicious people and items. When the Nov. 1 shooting started, the two law enforcement officials say one of the armed officers assigned to Terminal 3 was at or just outside an adjacent terminal. One of the officials said the officer was on a bathroom break while the other officer was in a vehicle on the tarmac outside Terminal 3, headed for a meal break.

Departmental procedures require that officers notify a dispatcher before going on break and leaving their patrol area in order to ensure supervisors are aware of their absence and, if necessary, a relief unit can be brought in to cover their area.

Airport police union chief Marshall McClain said the officers assigned to Terminal 3 still were in position to quickly respond. He’s spoken with both and confirmed one was “going to the restroom or coming back from the restroom,” and the other was headed out on a meal break but still within his patrol area.

“He hadn’t gone on break yet. He was going to go on break,” McClain said. What typically happens is, “if you’re going to go on a lunch break, you get to your location and you tell them that you’re there.” Officers do this so travel time doesn’t cut into their break time.

Within a minute of the dispatcher’s call, that officer had stopped someone who ran out of the terminal and the other officer was heading toward the shooting, McClain said.

Mayor Eric Garcetti told the AP that he’s watched surveillance video and received briefings on the investigation. While officers were able to take Ciancia into custody within five minutes of the shooting, he said, “It could have been a lot worse.”

Whatever the investigation’s conclusions, Garcetti said, “I want to make sure that in any terminal, there’s always somebody there, that a bathroom break doesn’t result in somebody, even for a few minutes, being out of the action.”

According to investigators, Ciancia, originally from Pennsville, N.J., arrived at the airport with the intention of killing TSA workers. Authorities have said Ciancia had a grudge against the agency, but they have not indicated what prompted it.

After entering the terminal, police say Ciancia pulled a semi-automatic rifle from a duffel bag and began firing. Hernandez was mortally wounded and became the first TSA agent to die in the line of duty.

The dispatcher’s alert over police radio brought an officer on a Segway, another on a bike, one on a motorcycle, two in a patrol car and one on foot, said one of the law enforcement officials. Two of the first responding officers shot Ciancia, who survived and now faces murder and other charges.

Airport Police Chief Pat Gannon lauded his officers for what he called a swift and brave response. He said he was “comfortable with what the officers were doing at the time that the shooting occurred and their ability to respond to the incident.”

“It’s not about who was or was not there and how that all occurred,” Gannon said. “Those officers responsible for that terminal were there as quick as anybody else was to deal with those particular issues. They were not goofing off.”

Airports are allowed to make their own security plans for armed officers, as long as they follow basic guidelines and get their plans approved by the TSA. An updated policy at LAX was outlined last April in an internal memo that was obtained by AP and verified by one of the officials.

Officers assigned to the terminals must inform supervisors when they want to take a break. “Absent exigent circumstances, (the units) shall not leave the assigned terminal area without prior authorization and a relief unit,” the memo stated.

In an important change, officers no longer were required to remain at a podium by the screening area. In an effort to make security plans less predictable, they are allowed to roam the terminal provided they can respond to an emergency at the screening station within three minutes.

TSA Officer Victor Payes, who works at the airport and is president of the local union, said removing the officers from the podiums has been unnerving for screeners.

“They’re not there, and you’re saying to yourself, ‘Oh, hopefully nothing happens right now,'” Payes said.

Erroll Southers, a former FBI agent who was chief of homeland security and intelligence at LAX from 2007 to 2010, said the combination of the officers being away and the policy change gave Ciancia the soft target he wanted.

Had officers still been stationed at the screening area, “that arguably would have put them in a position to know about the incident and respond to it in a much more reduced time span,” he said.

McClain called for a return to the previous policy.

David Cox Sr., national president of the American Federation of Government Employees representing 45,000 TSA employees, said the LAX shooting underscores the need for national policies to ensure the same level of security at all airports. He renewed his call for the creation of an armed unit of TSA agents, an idea TSA Administrator John Pistole previously has rejected.

Tami Abdollah can be reached at http://www.twitter.com/latams