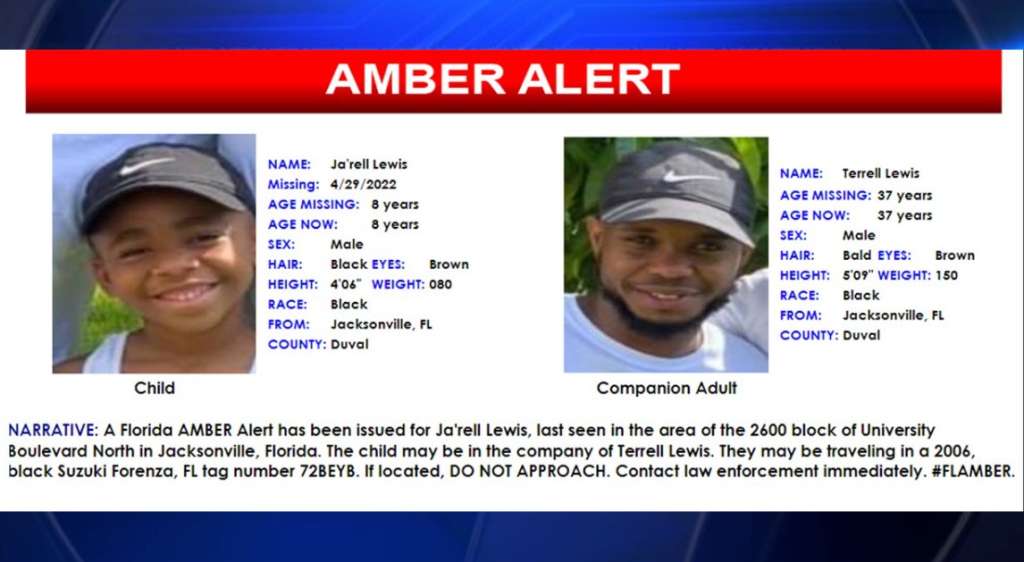 An Amber Alert was issued for Ja’rell who was missing.

The Jacksonville Sheriff’s Office said deputies responded to a shooting where Ja’rell was last seen, in the 2600 block of University Boulevard N.

Deputies said they found the bodies of three adult victims inside the home. Ja’rell was gone.

The sheriff’s office and the Florida Department of Law Enforcement were trying to find Ja’rell and they believed he was with Terrell in a black, 2006 Suzuki Forenza with Florida tag number 72B EYB.

Ja’rell was described as a black male with brown eyes and black hair. He is 4′ 6″ tall and weighs 80 pounds.

Terrell Lewis was described as a black male with brown eyes and bald head. He is 5′ 9″ tall and weighs 150 pounds.