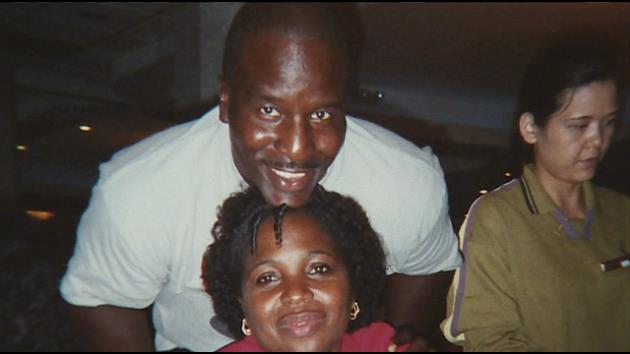 WSVN — He was a man of God, but early one morning Minister Alfred McCormick was gunned down in the street like a criminal. Maybe because a crook thought he was a crook he was looking for. As Patrick Fraser tells us on tonight’s Out For Justice, detectives are determined to find his killer, but they need your help.

It’s no surprise to see Reverend Charles McCormick praying. The sadness comes because it’s for his brother, Alfred.

The Rev. Charles McCormick: “He loved the Lord first, and he studied to get as much knowledge as he could get about the Lord.”

Today, Charles believes Alfred is with the Lord after spending his time on Earth, spreading the word of God.

But just after midnight on August 18th, 2011, Alfred McCormick was walking home from work when he was silenced by a gunman.

Miami-Dade Police Detective Mike Melgarejo: “We found him laying on the road deceased. He had died of a gunshot wound.”

Alfred’s family didn’t hear the gunshot, but heard the sirens in Homestead.

Beside Alfred’s body, a duffel bag with a cap and towel and some Bibles.

Alfred never got to share those Bibles. His life was over.

Samuel McCormick: “It seems like all of the breath is just sucked right out of your body.”

Why shoot Alfred, who people say didn’t have an enemy in the world, who lived to spread the word of God? Sadly, it was probably a mistake. Word on the street was this guy, a fellow with a long rap sheet named Butchy, might have ripped off the wrong person, and they were looking for Butchy. Unfortunately, Alfred McCormick looked a lot like Butchy.

So Miami-Dade Police brought him in to see if he would tell them who might have shot Alfred while trying to shoot him.

Mike Melgarejo: “He was very belligerent, very uncooperative. There was nothing else we could do.”

Butchy, whose real name was William Alexander, wouldn’t talk to police then, and now can’t talk at all. He died of a drug overdose. He is not missed in this Homestead neighborhood.

Samuel McCormick: “I saw the place where he fell, and I saw where they marked off the spot. Even to this day, I go there and laminate it with orange paint for my reminder that this is where my brother fell.”

They remember, and they continue to pray that someone will pick up the phone and call police with information.

Samuel McCormick: “I believe that this individual will get caught eventually.”

The Rev. Charles McCormick: “I hope that they find him, if he doesn’t turn himself in, and I really hope they find him.”

Answer a family’s prayer. If you have any information about who shot Alfred McCormick make an anonymous call to Miami Dade Crime Stoppers at 305-471-TIPS. Remember, you can always remain anonymous, and you may be eligible for a reward.

And if you have lost a loved one and want to remind people you are still out for justice, give us a call.

With this Out For Justice, I’m Patrick Fraser, 7News.