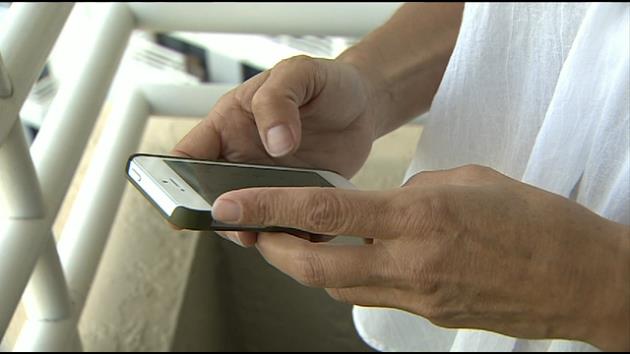 WSVN — If you own a cell phone, and who doesn’t, you probably have a limit on the data you can use. If you go over, your cell phone company warns you. But one company didn’t, and a South Florida woman got an $8,500 bill. What can she do? Call Help Me Howard with Patrick Fraser.

Parents worry when their kids head to school each day. Now imagine Lisa Alyn as her son headed off to another country.

Lisa Alyn: “An international boarding school in Israel, and we thought it would be a great opportunity to do high school there.”

Lisa and Luke thought he would like high school in Israel, and they were right.

Luke Bitton: “And I really enjoyed it, and it was a time I can be by myself and do my thing. It was a fun adventure.”

Luke did the 10th grade in Israel and this summer got ready to go back for his junior year, but first Lisa wanted to make sure they could continue to stay in touch.

Lisa Alyn: “So I called Sprint and inquired about an international data plan and they suggested a plan that would be good with for him.”

Lisa was told the international data plan would cost an additional $40 a month, leaving Lisa with one more question:

Lisa Alyn: “How would I know if I’m getting close to my overage? ‘We send you a message. We send you a text.’ Great because I need to let my son know he is getting close, slow down, whatever needs to be done.”

In August, Luke flew to Israel. Everything was fine. Then Lisa got a phone bill.

Lisa Alyn: “I received an $8,542 bill after my son had been there in Israel for six days.

An $8,542 bill with most of it coming from Luke’s first six days in Israel. Lisa’s reaction:

But it was not a mistake, and the message to warn her Luke was going over the monthly data plan never materialized.

What did Luke do wrong? Maybe nothing.

Luke Bitton: “I was told, with a smart phone, there are always programs running in the background … that it can be an app that is running your Facebook videos.”

Lisa complained and complained for a simple reason: she is staring at an $8,500 phone bill.

Lisa Alyn: “Can I pay it? Absolutely not. It’s the cost of a used car.”

Lisa blames the phone company for selling her the plan and not letting her know Luke was soaring over the monthly data usage. They disagreed.

Some problems are hard to solve. Not this one. We contacted Sprint. They told us they would look into Lisa’s bill. A few days later, we were told things had been resolved and Sprint wiped out nearly $8,000 in data roaming charges.

Howard Finkelstein: “Sprint did the right thing and corrected the mistake. If there is a mistake that is not your fault, and the phone company doesn’t fix it, don’t pay the bill. First, contact the FCC (Federal Communications Commission) and file a complaint.”

Lisa got two things back: Luke returned to South Florida for the 11th grade and Sprint wiped out nearly $8,000 in overage charges.

Lisa Alyn: “Help Me Howard had contacted them and that they were willing ready and able to take care of my bill and give me credit for the $8,000. Thank you, Help Me Howard for helping me with my $8,000 Sprint bill.”

Roaming around looking for a solution to your problem? Feel like you have reached your limit? Call us for help. Hopefully, when you hang up you will say ‘data’ll do it.’ Get it? Data’ ll — OK, forget that one.

With this Help me Howard, I’m Patrick Fraser 7News

To file a complaint with the FCC, call toll-free at 1-888-CALL-FCC, or go online to www.fcc.gov/complaints.