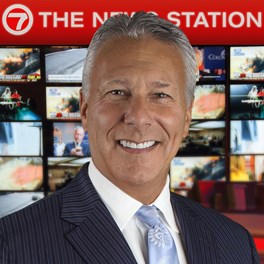 Steve began his broadcasting career in Roanoke, Virginia in 1980. Since then he has anchored and reported sports in Richmond, Boston, Cincinnati, Albany, and Hartford. He has done work for ESPN, FOX Sports, and has hosted International Pay Per View boxing events.

Steve is originally from Boston, Massachusetts. He received a Master’s degree in Broadcast Journalism from Boston University and a Bachelor’s degree in Economics from Tufts University in Boston where he played football and baseball.