5 things of note from the NBA Finals 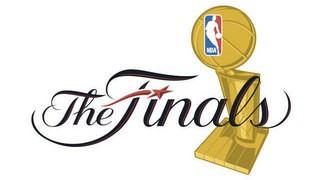 LEBRON'S MOMENT: LeBron James scored 37 points, grabbed 12 rebounds and added four assists, which for him now almost seems like an ordinary stat line. But even those big numbers didn't tell the whole story. After being accused of shrinking in the moment during the 2011 Finals, James more than made amends this time around. His jump shot with just under 30 seconds left capped the title, capped his second straight NBA Finals MVP award, capped a fourth quarter that he absolutely controlled, and maybe put to rest the notion that he tends to check out when the lights are brightest. Keep in mind, Dwyane Wade had 23 points, Shane Battier scored 18 and Mario Chalmers scored 14 — but other than that, the entire Heat roster combined for three points. Chris Bosh didn't score. Ray Allen didn't score. And the Heat won. That's how good James was in Game 7.

SPOELSTRA'S CREDIT: Five franchises in the last 40 years have won back-to-back titles, and Erik Spoelstra is now the coach of one of them. He has been the mastermind of all things on the court for Miami for the past five seasons, three of which have ended with trips to the NBA Finals, the last two with championships. And if Spurs coach Gregg Popovich is considered one of the standards for "best in the game" today, then Spoelstra at least belongs in the conversation, since he matched Popovich move for move in this series. "And Erik is only going to get better," said Heat President Pat Riley, who has now been part of nine NBA championship clubs.

DEFENSE WINS: For five games, Danny Green couldn't miss, and San Antonio was on the cusp of a title. For two games in Miami, Green was swallowed up by a swarming Miami defense. In Games 6 and 7 of the NBA Finals, Green went 2 for 19 from the floor, 2 for 11 from 3-point range. And to think he was a strong candidate for Finals MVP after the Spurs took a 3-2 lead in the series. The Spurs made just six 3-pointers in Game 7 while Miami made 12, six from Shane Battier and five more from LeBron James. The Spurs shot just 38 percent as a team, and Miami needed its defense to be that good — or else the title could have very easily slipped away.

THREE FOR THREE: Dwyane Wade's jersey number is 3. His favorite number is three. And it's now the number of NBA championships on his resume. Wade was bothered by a bad right knee throughout the playoffs, then hurt his surgically repaired left knee in Game 6 of the Finals, and still found a way to not just play, but play at a high level. He was 11 for 21 from the floor, scored 23 points, grabbed 10 rebounds, blocked two shots and logged 39 minutes, resting only when absolutely necessary.

THE FUTURE: Tim Duncan said he will be back in San Antonio, and now the Spurs will wait and see what Manu Ginobili decides about next season. The Heat are largely expected to bring their core back, though some moves to get even better are possible. "I don't even want to think about next year — yet," James said. That's probably a good thing, and the Heat will surely spend a few days relaxing and celebrating until their parade through downtown Miami on Monday.