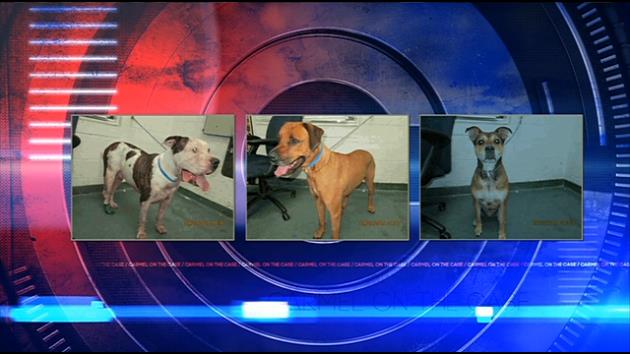 WSVN — If your dog killed someone, would you fight to save that pet’s life? A South Florida man is fighting to save the lives of his dogs which killed his great-grandmother. Investigative reporter Carmel Cafiero is on the case – and we must warn you – the details and images are graphic.

Ninety-one-year-old Carmen Reigada was discovered in a pool of blood inside her Southwest Miami-Dade home, last September. Her death was horrific.

According to her autopsy, "the skin of the scalp and most of the face" were gone. She had bites on her head, neck, arms and legs.

After the attack, Miami-Dade Animal Services confiscated the dogs, deemed them dangerous and intended to euthanize them. But for five months, Carmen’s great-grandson, Christopher Cifuentes, has been fighting to save his dog’s lives.

7News was there exclusively as Cifuentes and the county battled over the dogs.

Sabrina Levin, assistant county attorney: "They found Ms. Reigada on the ground. She was alive, but barely. She had been severely attacked by these dogs."

A forensic dentist testified molds of the mouths of all of the dogs matched the bites.

Sabrina Levin: "All three dogs that were confiscated from this home were, in fact, part of the attack and involved in creating these marks on Ms. Reigada’s body.

Dr. William Silver: "I can say that with a high degree of medical certainty."

But Cifuentes’ attorney argued Bear, the American bulldog, may have been the aggressor and, also, argued Jack and Marli were actually trying to "help" Carmen.

Attorney Robert Erickson: "Would you agree with me that animals – dogs – do have a tendency to want to help an owner, am I correct?"

Sean Gallagher: "There are known animals that will try to help. I don’t know of any specific cases where they’ve defleshed a person’s face or cause the damage they did in trying to assist that person."

Cifuentes testified that there was no blood on Jack or Marli, but Bear was covered in it. He agreed to have Bear euthanized, but wanted the other two released.

Christopher Cifuentes: "Honestly, everybody in my family is being very supportive in regards to the issue."

Robert Erickson: "He’s lost his great-grandmother. He’s going to lose his dog of six or seven years. All this man really has left — out of the whole picture — is to have those two dogs come home and at least have some semblance of closure."

But the county insisted the dogs would put the public at risk.

Sabrina Levin: "It just merely would be shocking to allow these animals to go on and risk the possibility that something like this could happen again. It’s so severe, it’s so graphic."

Hearing Officer Deborah Lowe: "I am finding in favor of the county. I am declaring all three dogs to be euthanized."

Cifuentes has until mid-April to appeal.