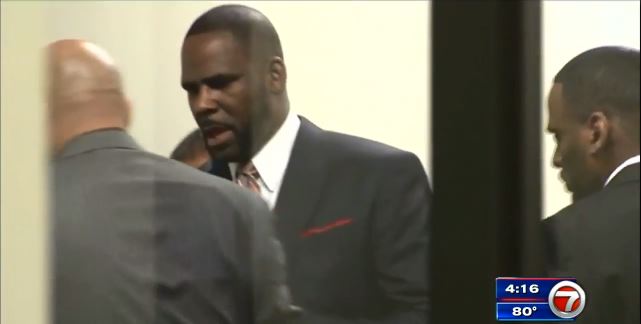 NEW YORK (AP) — A controlling R. Kelly barred his live-in girlfriends from watching a documentary series that portrayed him as a sexual predator and kept watch over them during an interview with Gayle King, one of the women testified Tuesday at the R&B singer’s sex-trafficking trial.

If “Surviving R. Kelly” came on TV, “we were to immediately change the channel,” said the witness, who’s testifying as a “Jane Doe” in federal court in Brooklyn.

Kelly was there in the shadows when she and another live-in girlfriend spoke to King for a “CBS This Morning” segment in 2019 she said. She described how he would cough as a signal to keep them on script, backing up his denials, she said.

“He was letting us know he was in the room with us,” she said of the cough.

Kelly, 54, has repeatedly denied accusations that he preyed on several alleged victims during a 30-year career highlighted by his 1996 mega hit “I Believe I Can Fly.” His lawyers have portrayed the accusers as groupies seeking to take advantage of his fame.

The trial is unfolding under coronavirus precautions restricting the press and the public to overflow courtrooms with video feeds. That’s made it difficult to gauge the reactions of Kelly, who has been jailed since his federal indictment was announced in 2019.

The interview with King, which aired a couple weeks after his initial arrest on sex abuse charges, became immediately infamous for Kelly’s demeanor. The singer ranted, cried and shouted at King, who remained stoic even as he leapt up in anger: “Robert, we have to have a conversation,” she said. “I don’t want you just ranting at the camera.”

That interview was also the first time he directly addressed the allegations made in the Lifetime documentary.

Jurors have so far heard from two women who claimed Kelly began sexually degrading them when they were still teenagers. They said he used his stardom to lure them into an insular world where he watched their every move and doled out perverse punishments, spanking them and isolating them in hotel rooms if they broke a vow to never speak about him to anyone else.

In her second day on the witness stand, the latest witness described an episode where Kelly ordered her to have sex with a man nicknamed “Nephew” as one of her punishments. She said Kelly was in the room watching the encounter.

Speaking of “Nephew,” Kelly told her he “had been grooming him since he was young, like me,” she said. Prosecutors have alleged that Kelly exploited at least two “John Does,” along with several women expected to testify at his trial.

The witness originally began what turned out to be a five-year relationship with Kelly’s assurances he would promote her own music career. Asked what steps he took to help during that time, she had a one-word answer: “None.”