Winnie the Pooh’s tree house for rent at this ‘Bearbnb’ 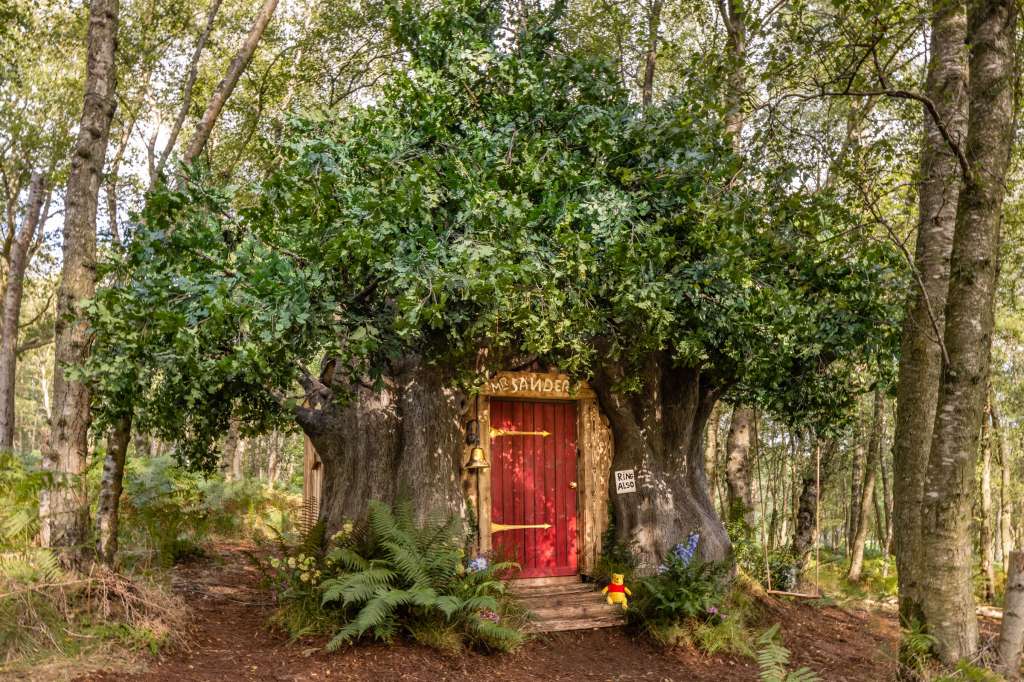 Winnie the Pooh's tree house was created to celebrate the 95th anniversary of the book character. Credit: Henry Woide/Airbnb

(CNN) — If your childhood dream was to live like Winnie the Pooh, this is your chance to make it come true by staying at a replica of the storied bear’s tree house.

Pooh illustrator Kim Raymond is hosting two one-night stays at the “Bearbnb,” custom-built at the real site that inspired the fictional Hundred Acre Wood in England to celebrate the 95th anniversary of Pooh’s creation by writer A. A. Milne.

“The ‘Bearbnb’ is a unique experience that brings the charm of Pooh to life for fans, whilst honoring the original adventures that have been so important to many people for 95 years,” Raymond said in an Airbnb release.

The house is one room that looks like it is built into a tree, complete with the Mr. Sanders sign above the door on the outside and “hunny pots” in the cupboard inside.

Guests will be taken on a tour of the area in Ashdown Forest in East Sussex that was the inspiration for books’ wood setting, and the stay includes playing “poohsticks” on Poohsticks Bridge and “hunny-inspired meals,” according to the Airbnb listing.

Raymond, who illustrated Winnie the Pooh for 30 years, said he was inspired by the original depictions in the books by E. H. Shepard in designing the house and its interior.

The house sleeps four people, with a double bed and two smaller loft beds above it, according to the listing.

House rules permit “multiple naps” and encourage snacks of “a little something” at 11 a.m., the time Pooh famously took his refreshment. “Poohsticks” are mandatory and “strictly no heffalumps” are allowed in the house.

The house will be for rent for September 24 and 25 for about $130 per night. Airbnb reviews will be used in considering the renters for each night, according to the release.

Sadly enough for those outside the United Kingdom, only UK residents will be eligible to book, starting September 20, the release said.