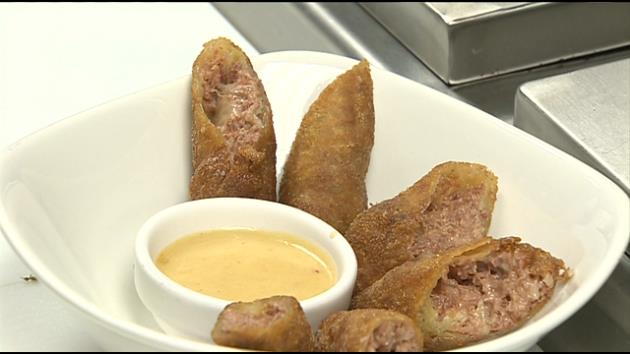 What do Reuben sandwiches, ramen soup and martinis have in common? You can find all of them in a new deli in Fort Lauderdale. This place is only open for breakfast and lunch but sometimes, they’re exactly what you need to start your day.

Elliot Wolf : "We opened the deli as an homage to my father and us growing up in South Florida, we used to eat deli food. It’s our take on it. It’s Jewish food growing up."

Elliot Wolf:  "That generation that we grew up on eating deli food has moved on and passed on, and now it’s a younger generation, so they don’t eat a lot of the older traditional foods."

Don’t worry– they still have your favorite juicy Reuben sandwich, but they’ll also put it in an egg roll.

Elliot Wolf: "We’re doing a Reuben egg roll. It’s kinda fun. We take corned beef, we mix it with cheese and sauerkraut, we put it in an egg roll, we fry it, and serve it with a cheese sauce, and it’s fun, it tastes good."

The matzo ball soup is there– but the balls are huge! And not very traditional but very trendy, check out this yummy ramen.

Elliot Wolf: "We do a ramen bowl, breakfast ramen bowl with bacon and sausage, because it tastes good and you should eat stuff like that."

To put you in the spirit, they have full bar with a full array of classic cocktails, like this vanilla old fashioned.

Elliot Wolf: "We do a full array of fizzes and shakes. We make egg creams and things like that."

That’s for the kids… or the kid in you.

Elliot Wolf: "Egg creams are seltzer, milk and U-Bet chocolate, it’s an old-school delight that you find in New York. It’s a Jewish take on Yoo-hoo."

So bite into that egg salad sandwich and cheer to an old tradition in the new year.