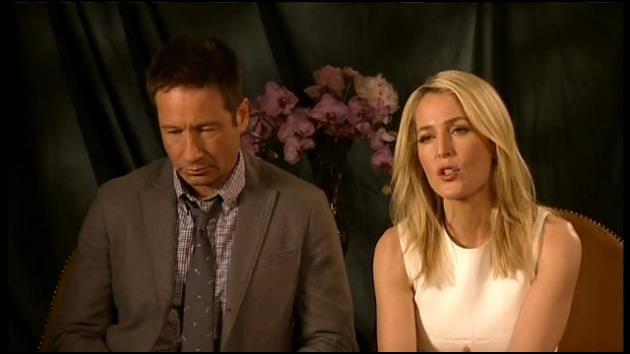 The end is near. The end of the "X-Files," that is. Well, at least this latest chapter. Tonight is the big finale, and the stars are out there and talking about the big show.

There’s only one episode remaining of Fox’s "X-Files" mini-series, and stars David Duchovny and Gillian Anderson have been grateful for the opportunity to revisit Mulder and Scully.

They knew it would be a challenge to reprise these roles, so they tried to stay true to the heart of the original series…

Gillian Anderson: "Because we were the beginning of this kind of show, we were such trailblazers. I guess I had assumed there was a pressure for us to do exactly that again in spades, given everything else on TV, and the high production values, etc. And I soon came to realize that actually that’s not what we’re meant to do, or what fans want. What they want is exactly what they originally had and I think that’s exactly what Chris has given them."

Chris Carter: "What the show does mostly is it poses questions, and interesting questions, and I think that’s really the heart and soul of the show."

"X-Files" newcomer Lauren Ambrose shared some details of what’s in store on the last episode.

Lauren Ambrose: "In the finale, there’s a big event that’s affecting the world. There’s a medical event, and it has to do very much with this big, alien conspiracy mythology part of it."

So, is there a chance that the storyline will continue with her character?

Lauren Ambrose: "You know, I haven’t heard anything from my agent, but I can say that it was lovely working with this team of people and I would love to make more if they do."

The big finale of the "X-Files" wrapped up Monday night, right here on 7.