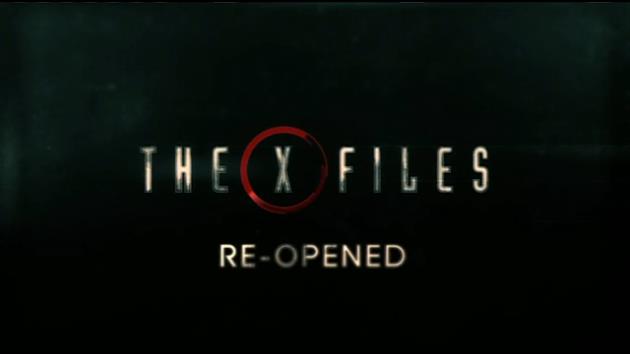 Fans of "The X-Files" wanted to believe they hadn’t seen the last of their favorite series, and they were right. Gillian Anderson and David Duchovny, aka Dana Scully and Fox Mulder, are coming back in a six-episode series starting Sunday, Jan. 24. They’re a little older, a little wiser, and more convinced than ever that "the truth is out there."

Extraterrestrials, be on guard: "The X-Files" has returned.

David Duchovny (as Fox Mulder): "Do you believe in the existence of extraterrestrials?"

Gillian Anderson (as Dana Scully): "Logically, I would have to say no."

That’s how it started for David Duchovny and Gillian Anderson back in 1993. Gillian’s character, Dr. Dana Scully, quickly threw logic out the window and joined FBI Agent Fox Mulder on his quest to prove aliens walk among us.

Gillian Anderson: "I came to believe in the existence of extraterrestrial life and in a conspiracy inside the government to keep their existence a secret."

The new series picks up eight years after we last saw the couple in the feature film "The X-Files: I Want to Believe."

David Duchovny: "I think that where we find Mulder and Scully perfectly delivers us into a similar dynamic that we’ve had before, which is huge intimacy and appreciation."

You’ll recognize Mulder and Scully, but the passage of time has had an effect on them.

Gillian Anderson: "You know, a character doesn’t change Mulder and Scully. They’re not going to change profoundly, but they are going to age, and that is its own kind of profound change."

Fans will be happy to know that familiar characters like FBI Assistant Director Walter Skinner, the Smoking Man and Agent Monica Reyes are along for the ride.

Joel McHale is new to the "X-Files" universe. He plays a conservative talk show host in sync with Mulder’s conspiracy beliefs.

Joel McHale: "Just knowing that I was going to be able to be on this series, that I am a massive fan, I couldn’t believe my good fortune."

Chris Carter: "The series isn’t going to be good if it’s only a victory lap. It has to be original and fresh and as good as it’s ever been."