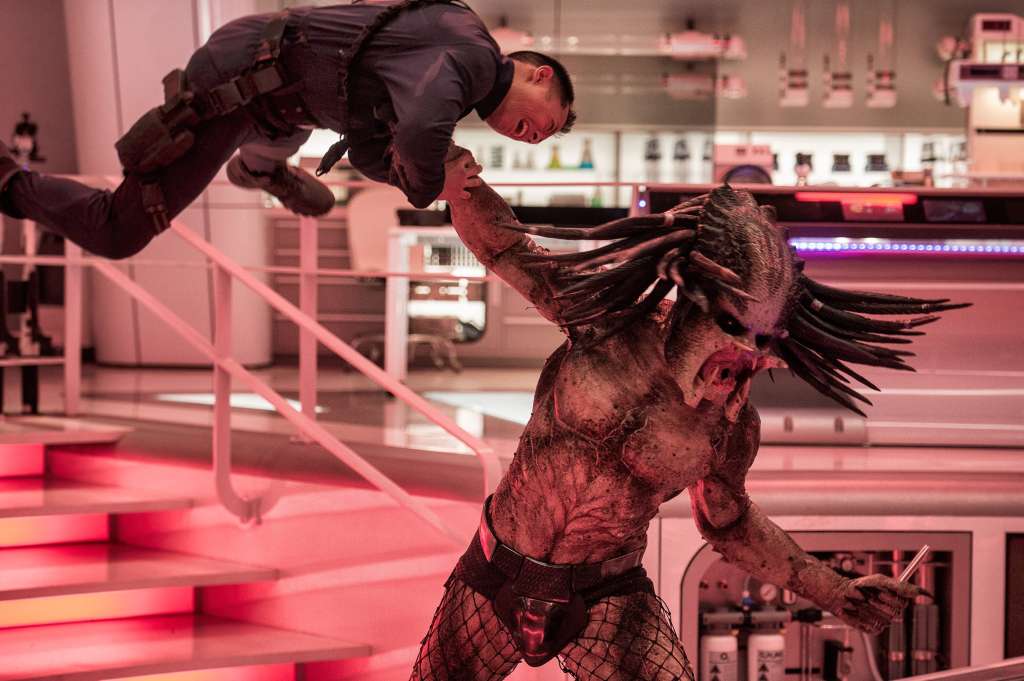 (CNN) — The title character might be a notorious alien killing machine, but “The Predator” manages to misfire on practically every level. Seeking to relaunch the long-running franchise, this latest sequel crumbles underneath a wearisome mix of gore and broad comedy, yielding a laundry list of shortcomings from which it’s possible to run, but not hide.

The original 1987 movie starring Arnold Schwarzenegger isn’t high art, but it’s great fun, especially when the central mercenary and intergalactic sport hunter go toe to over-sized toe down the stretch. That’s been followed by various iterations, including a faceoff with “Alien’s” aliens, through the years.

Here, director Shane Black (who actually played a small part as an actor in the original) and his co-writer Fred Dekker try to evoke past “Predator” movies while incorporating new elements and seeking to lay the groundwork for more.

On its face, the idea of bringing a more lighthearted take to a sci-fi blockbuster isn’t a bad one. What emerges, though, is border-line nonsensical. And while the casting of a registered sex offender in a small role (since excised) has stirred controversy — prompting some cast members to pull back on promotional efforts — the movie’s general inanity provides more mundane motivations to downplay their involvement.

Boyd Holbrook (“Narcos”) plays Quinn McKenna, the army sniper who gets drawn into this peculiar narrative, encountering the alien visitor during a secret mission in Mexico. He survives, but he’s seen too much, prompting the ruthless bureaucrat in charge, Traeger (“This is Us'” Sterling K. Brown, who deserves better), to toss McKenna into the equivalent of a military psych ward.

He’s aboard a bus filled with colorful eccentrics — featuring Keegan-Michael Key, Trevante Rhodes, Thomas Jane and “Game of Thrones'” Alfie Allen — before mounting an escape, with McKenna leading the squabbling group on a hellbent chase to stop the predator and save McKenna’s son (“Room’s” Jacob Tremblay), who is in possession of alien tech that his dad (idiotically, it’s worth noting) sent him.

Tagging along, meanwhile, is a space-savvy biologist (Olivia Munn), who seems to be there largely to add a female presence, although scientific chops notwithstanding, she plunges into gun-toting battle alongside the soldiers.

What ensues is chaotic, to say the least, mixing juvenile dialogue and macho putdowns with frantic action sequences that become less exciting as they grow more ridiculous.

The best thing the movie has going for it, ultimately, is the original character design, including all the way-cool weaponry that the predator wields. The new version, perhaps inevitably, tries to up that ante, seeking bigger thrills — literally, in one key respect. It gives away nothing to say that involves mucking around with alien DNA, in what’s being described as a “reinvention” of the franchise that might be evolutionary but doesn’t feel like progress.

“They’ve been here before,” Traeger announces near the outset, referencing a 30-year period that corresponds with the first movie.

That they have. But after this misguided addition to the trophy case, it would be advisable to go back to the drawing board before these violent space tourists plan a return trip.