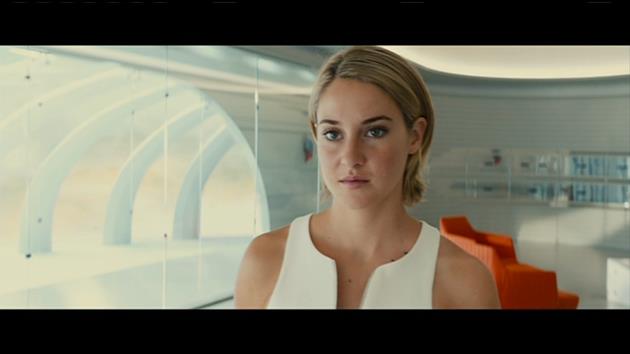 To be allegiant is to be loyal or faithful. Kinda like the fans who’ve been waiting for the film "Allegiant" to come out. Civil war, revolution and climbing a wall to a possible future. That’s all in this newest chapter of "Divergent."

Naomi Watts (as Evelyn): "People think walls separate us, but they also protect us."

The next episode in "The Divergent Series" is here, and it’s more epic than ever. Tris, Four and the rest of the gang are ready to see the world in "Allegiant."

Shailene Woodley: "So, at the end of the last film, Chicago had broken out in a civil war, and so we pick up at the beginning of this one with all of the past leaders of their community trying to establish a new regime."

Theo James: "And in the story, they meet a new society and a bunch of people they didn’t even know existed."

Jeff Daniels (as David): "It is a pleasure to finally meet you. You saved a city; help me save the world."

In this chapter of "Divergent," fans get to check out The Bureau, a sort of government that’s been watching the factions in Chicago.

Shailene Woodley: "Now we’re in this foreign world, where we get to explore all the inner workings of their government."

It’s a new world in a series that’s slowly coming to an end. After "Allegiant," there’s only one episode left.

Octavia Spencer: "It’s going to be hard to leave this group of people and these great characters. And we know we all enjoy working together."

Just like the fans, the cast isn’t eager to say goodbye.

Miles Teller: "These movies are fun to shoot."

Zoë Kravitz: "Yeah, we love each other, and the stories are amazing, and I think the last day is gonna be really sad."

Miles Teller: "It’s gonna get a little hot, ’cause you’re in the summer, in Atlanta."

Zoë Kravitz: "The heat in Atlanta is intense."

Then again, some are totally ready to move on.

Theo James: "I don’t tend to, uh, you know, mourn the loss of something that’s already happened so much, so I think once you’ve told the story, you can be ready to move on."