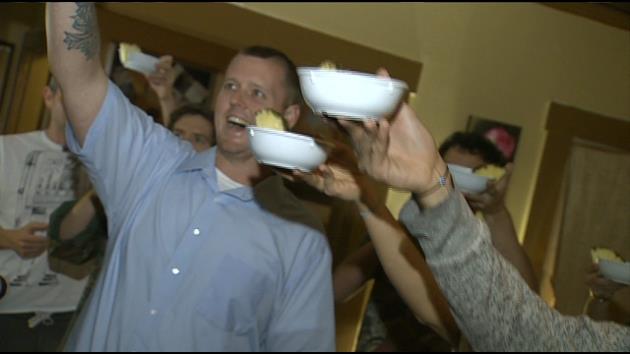 If you’re tired of the bar scene, a spot in Miami has a new way to slow your roll. Kick back, strike up a conversation, and explore the world of Kava. The music is mellow, the vibe is chill and instead of getting a cosmo, you get Kava.

Casey Connor, The Awa Kava Lounge: "Kava’s a root that’s been around for thousands of years in the South Pacific islands."

The Awa Kava lounge in Wynwood is all about relaxation. There’s no booze behind this bar, but plenty of shots.

Casey Connor: "The native islanders found a way to cultivate it and make a drink from it."

And there’s a reason it’s so popular.

Guest 1: "It makes me feel good. I don’t have to worry about getting in my car and driving afterwards since it doesn’t impair you in that way."

Kava won’t get you drunk, but it does have effects.

Guest 3: The taste is a little weird, but with the pineapple it’s perfect, you feel fine drinking it."

Kava is made by mixing and straining ground kava root. Instead of cheers, Kava drinkers say, "Bula!"

Danny Milotta, The Awa Kava Lounge: "The traditional toast in the islands is "bula!" And bula means, "to life!"

Danny Milotta: "Everybody drinks together and nobody drinks alone. It is a communal beverage. It’s not like where you would typically go to a bar and order a beer by yourself."

So, the next time you’re in the mood for a mellow night, trade the Ketel One for some Kava, and don’t forget to say, "Bula!"