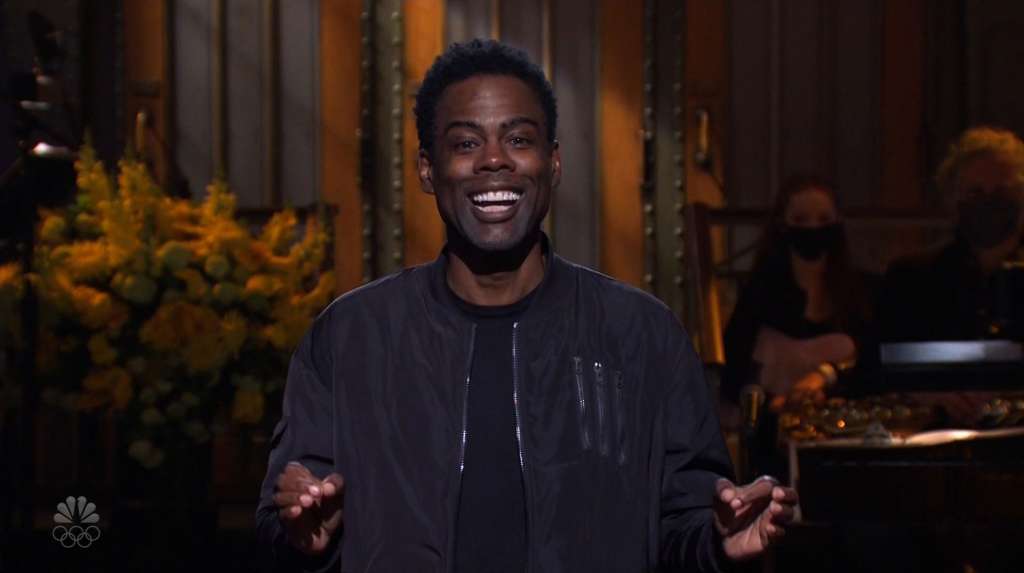 (CNN) — “Saturday Night Live” ended one of its strangest years — a season in which the show had to do episodes with coronavirus protocols during a pandemic — by explaining to audiences what a wild year it really was.

The NBC variety show opened the season finale with cast members, and special guest Chris Rock, going over all of the strange things that happened to them this year.

“I hosted the first episode this season. That feels like six years ago,” Rock said during the show’s cold open on Saturday. “Here’s how messed up the world was when I hosted, okay? I wanted Kanye West to be the musical guest and he couldn’t do it because he was running for president.”

Rock added that the week he hosted was also the week that President Trump “who said that Covid would disappear, got Covid! That was this season!”

Cast members Aidy Bryant, Kate McKinnon, Kenan Thompson and Cecily Strong explained that this year was “so crazy, it made a lot of us crazy.”

“Everyone else was fleeing New York, but [executive producer Lorne Michaels] was like, ‘we should go back… for comedy,” Ego Nwodim added.

The cast then showed off photos of rehearsals while wear masks and an audience member reading a medical textbook.

Kate McKinnon went on to joke that there were so many precautions that if she wanted to hug someone, she had to pull them into a closet and do it in the dark, away from the authorities.

Pete Davidson mentioned that the most important thing was that the cast was “in it together.”

As he was speaking, however, Davidson’s background became blurry.

“Sorry, Pete, is that a green screen?” Strong asked.

“Have you been doing the show from home this whole year?” McKinnon added.

“Probably not,” he responded.

Finally the cold open ended with an emotional McKinnon saying that this was the year when the cast realized that they “we’re more than just a cast, we’re a family.”

“And like a true family, we are kind of sick of each other,” Bryant said. “And we need a little break.”

Strong then thanked the audience for sticking with the show through “an election, an insurrection, and objection that there was an insurrection” before the entire cast kicked off the show with its signature catch phrase, “Live… from New York! It’s Saturday night!”