Showtime – Into the Wild 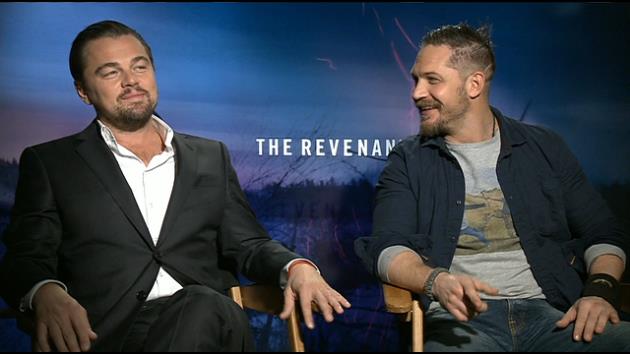 It’s the weekend which means new movies are out! So from a man surviving in the wilderness, to a woman trying to stay alive in a forest, there are two new movies coming to theaters– and Deco’s Chris Van Vliet is here with a look at both.

Are you sensing a theme here? Forests… the wilderness? But that said, these two movies couldn’t be any more different.

Leo DiCaprio delivers the performance of a lifetime in "The Revenant." He plays Hugo Glass, a fur trader who is left for dead after this vicious bear attack.

The thing is, he doesn’t actually die… and now he’s willing to go through anything to get revenge on his so-called friend who left him behind. Anything, including eating raw bison liver, instead of a much tastier option.

Chris Van Vliet: "Let me get this straight, you had the option to eat a gelatin bison liver and decided to go with the real thing?"

Leonardo DiCaprio: "On the day, the gelatin thing just didn’t look real. Arthur, who I was working with in that sequence was actually eating bison liver and I said I’m eating this giant gelatinous bloody pancake and I went for the real thing. And my reaction is up on screen."

Lots of spooky stuff goes on in "The Forest."

Natalie Dormer stars in this supernatural thriller. She plays Sara, a woman searching for her missing twin sister.

Finding her lost sibling is only one of her problems…

Natalie Dormer: "And Sara walks into that forest with so many demons herself that she’s been trying to suppress, and then they physically manifest themselves and she’s forced to face her past."