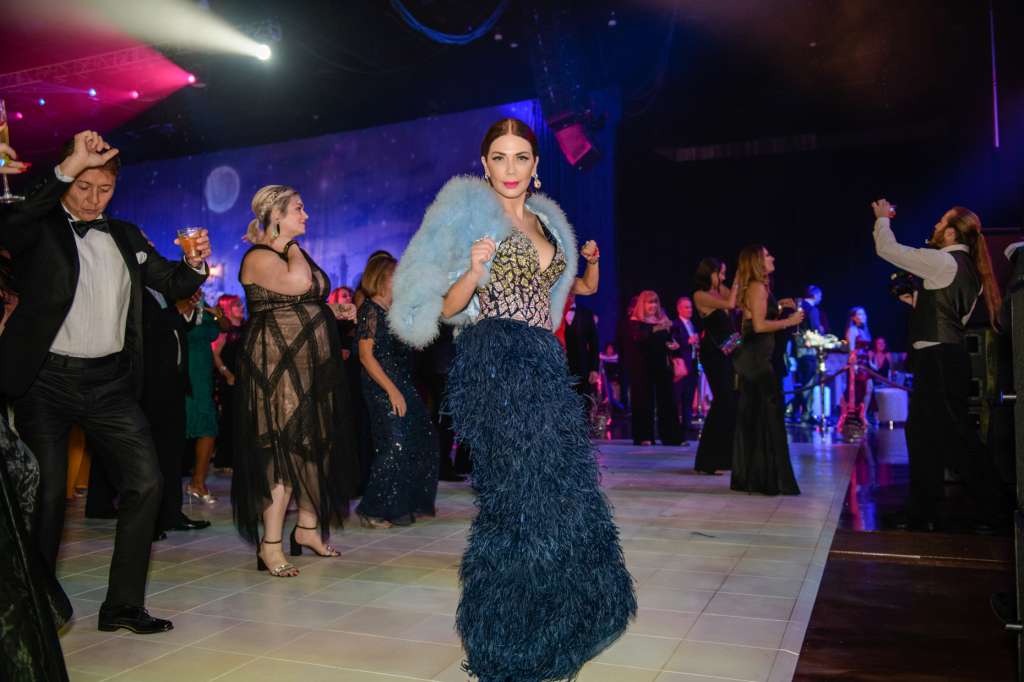 What:
A festive night of dinner & dancing at the Seminole Hard Rock Winterfest Black Tie Ball presented by Ford, in association with Republic National Distributing Co. #HappyHolidays & here’s to my #FavoritePartyOfTheYear

Why:
Before the Winterfest Boat Parade sets sail, the Black Tie Ball officially kicks off the holiday season in South Florida. While I’ve had the great privilege of hosting the event for almost a decade, I’ve never done a blog on it. It’s always such a stylish, awe-inspiring soirée, so, why not?

The musical, “Anastasia,” by Broadway Across America, was this year’s theme, transporting party goers from the decadence of old Russia to the romantic streets of Paris. If you’re not familiar with the production, good news — the musical is making its way to the Broward Center for the Performing Arts in the spring and it’s definitely a must-see.

This year’s Ball happened to be extra special because my Deco Drive TV wife, Lynn Martinez, joined me for the FIRST time at the gala and man, did we cut a rug. My dogs are still barking. LOL. When we were dancing, I think we scared everyone within a half mile radius, except for one of our producers, Danny Cohen, who was busy showing off his Pulp Fiction moves. We did our best Uma & John impression from the famous dance scene in the movie.

Vivian Gonzalez, one of our rock star meteorologists at Channel 7, was also on hand. The Viv-ster, as I loving call her, had her “Bust A Move” shoes on, too. Both Viv-ster and myself were lucky enough to wear gowns by Zola Keller who, by the way, has an amazing store on Las Olas in Fort Lauderdale. If you need a WOW kind-of dress for any occasion, she should be your go-to, she’s definitely one of mine.

The Black Tie Ball is, of course, the precursor to the Winterfest Boat Parade, which is celebrating its 47th anniversary this Saturday with the theme: “Best of the 80’s”. I can’t wait to see all the shoulder pads, blue eye shadow and teased hair. I’ll have to pull out my vintage “Like A Virgin” Madonna-esque lace gloves. Speaking of the 80’s, pop icon Huey Lewis is this years Grand Marshall.

I’m looking forward to seeing him cruising down the New River in downtown Fort Lauderdale singing “I Want A New Drug …one that won’t make me sick” or “happy to be ..Stuck With You.”  If you haven’t see the “Greatest Show on H20”, I highly recommend it. It’s Florida’s version of the Macy’s Day Parade, except our floats really do float and our weather is waaaay better than NYC this time of year and that’s why it’s one of my Favorite Things. Happy Winterfest everyone!