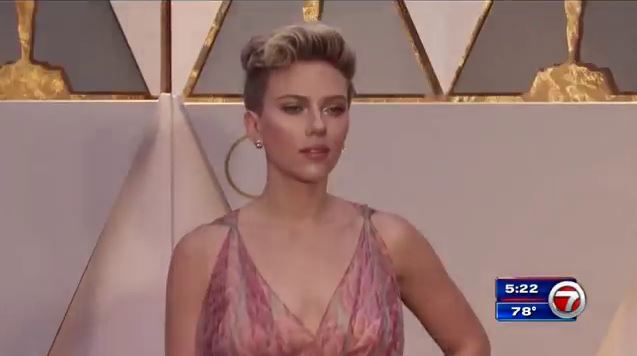 Scarlett Johansson’s husband was “shocked” by the star’s divorce filing and sees the move as a “pre-emptive strike” in a battle over custody of the couple’s toddler daughter, his lawyer said.

Johansson filed for divorce from Romain Dauriac in a New York City court Tuesday, saying the marriage was “irretrievably broken.” The move follows a January announcement that the couple split last summer after less than two years of marriage.

Johansson is asking for joint custody of their daughter, Rose, but also wants the child to live with her.

Dauriac’s lawyer, Hal Mayerson, told The Associated Press Wednesday that he and Dauriac were taken aback by the request because he has been the “primary parent” for Rose while Johansson has been involved with her career. Dauriac plans to petition the court to take the child to live with him in his native France,

Mayerson said, adding that Johansson will have “access to her daughter any time she wants to come to Paris.”

“Mr. Dauriac is tired of having to run his life and his child’s life based on Ms. Johansson’s shooting schedule,” Mayerson said.

Johansson responded in a statement to the AP that she is a “devoted mother and private person” who knows her daughter will one day be old enough to read the news about herself.

“I would only like to say that I will never, ever be commenting on the dissolution of my marriage. Out of respect for my desires as a parent and out of respect for all working moms, it is with kindness that I ask other parties involved and the media to do the same,” she said.

The divorce filing notes that the couple signed a prenuptial agreement in September 2014, but Mayerson said the pact does not address custody or financial issues regarding their daughter.

Dauriac is a former journalist who now works as a curator of art shows in New York, Mayerson said.

This was Johansson’s second marriage. She was previously married to actor Ryan Reynolds from 2008 to 2011.