Rolling Stones set to rock out in Havana 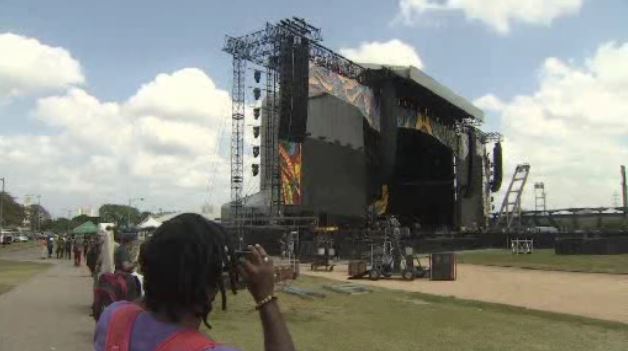 Hola Havana! Mick and the boys are in town. The Rolling Stones are in Cuba for a massive concert. The show’s Friday night, but Deco’s Alex DiPrato is already there and in the middle of the action.

Residents in Cuba are gearing up for a historic rock concert. The Rolling Stones’ Havana gig, scheduled for Friday, is unprecedented in the island nation. At one time, Cubans were jailed for listening to rock music.

In addition, people couldn’t gather in large groups, unless it was a government event. With the Stones, however, that all changes.

The concert is also drawing fans from the United States.

David Chaknova: "Having The Rolling Stones coming to Cuba to play for free for the Cuban people is phenomenal."

Many Cubans, however, are unfamiliar with the band since rock music was once banned under the Castro government. The Stones released a video to introduce themselves to the Cuban people for the big event.

Josiah Kinlock: "When rock music was not even allowed to be listened to, now rock music is being allowed to be heard, and they’re using the greatest band in the world — The Rolling Stones."

The concert will cap the Stones’ tour through seven Latin American cities, but drumming up a show in Cuba is no easy task.

Dale Skjerseth, Rolling Stones production manager: "And that’s something with the Stones. They always put a challenge in front of me to do, and we put a group together to bring the show. That’s the excitement to us."

Although the Stones may be new to many Cubans, longtime fans hope music bridges the gap between Cuba and the world it has been isolated from for so long.

Andy Scaysbrook: "Cuba is a country that is very dear to me, so when the Stones come to Cuba, there’s only one place in the world I had to be, and that was here."

Over 500,000 people are expected to got to Friday’s concert.