Robert Durst, millionaire who was focus of HBO documentary ‘The Jinx,’ found guilty of first-degree murder 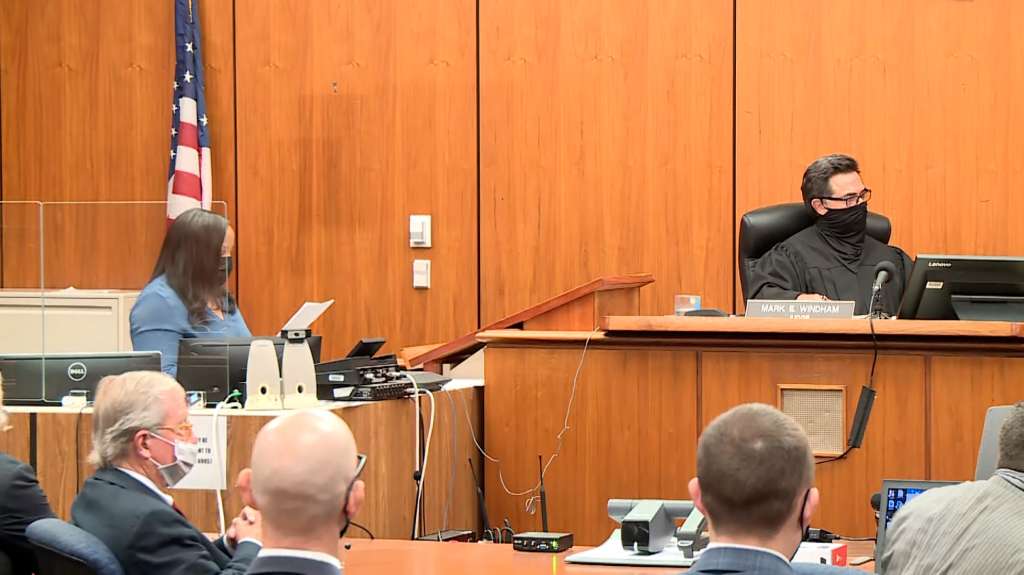 (CNN) — A Los Angeles jury found Robert Durst, the notorious subject of the HBO series “The Jinx,” guilty of first-degree murder for the killing of his best friend, Susan Berman, more than 20 years ago.

Durst has been charged with the first-degree murder of Berman in 2000 at her Beverly Hills home, hours before she was set to talk to investigators about the mysterious disappearance of his first wife, Kathleen McCormack Durst, who was last seen in 1982.

McCormack Durst was declared legally dead in 2017. Her body has not been found and no one has been charged in the case.

Jurors also agreed the crime met ‘special circumstances’ in California law, which would allow Durst to be sentenced to life without parole, for the murder of a witness to a crime and using a firearm in the murder.

California has a moratorium on the death penalty. Durst’s sentencing hearing is scheduled for October 18.

“The jury’s decision demonstrates how our legal system can work to hold accountable people regardless of their wealth and status in life,” District Attorney George Gascón said. “I want to commend our prosecution team and investigators for their diligent work to ultimately bring justice for those who have been waiting more than 20 years.”

Durst, 78, took the stand in his defense during the sensational trial in Los Angeles County Superior Court. He denied killing Berman and said he found her on the floor of her bedroom with a fatal gunshot to the back of the head.

Durst’s testimony spanned three weeks, with much of the cross examination devolving into contentious sparring with lead prosecutor John Lewin.

Prosecutors allege Durst shot Berman in the head. They said Durst confided to Berman he had killed Kathleen, and she helped him cover his tracks.

On the stand, Durst denied murdering his first wife and, later, Berman. But under cross examination, Durst testified he would perjure himself if he had killed them. Lewin prompted Durst to admit he perjured himself five times during the trial, which resumed in May after a 14-month delay due to the pandemic.

There was little physical evidence in Berman’s unsolved death. There were no people who witnessed the shooting and no murder weapon.

In closing arguments, prosecutor Habib Balian pointed to one of the state’s strongest witnesses, a longtime friend of both Durst and Berman, Nick Chavin, who testified the defendant had told him, “It was her or me,” referring to Berman. “I had no choice.”

Another key piece of evidence was the so-called “cadaver” note, a cryptic letter sent to police with Berman’s address and the word “cadaver” in caps that led detectives to her body.

In the 2015 HBO documentary “The Jinx,” Durst said the letter could have been sent only by Berman’s killer. Defense lawyers had previously denied Durst wrote the note, and they unsuccessfully tried to exclude from trial handwriting evidence about it.

Filmmakers confronted Durst with another letter he once mailed Berman, with nearly identical handwriting to the “cadaver” note. In both, Beverly Hills was misspelled as “BEVERLEY.”

In a court filing, lawyers for the real estate mogul late last year reversed course and acknowledged Durst penned the anonymous note. “This does not change the fact that Bob Durst did not kill Susan Berman,” defense Attorney Dick DeGuerin said at the time.

Durst’s second murder trial is one more chapter in an unusual life that reached mass audiences through “The Jinx” miniseries.

He was arrested in New Orleans the night before the airing of the final episode of the miniseries. In its final moments, Durst went into the bathroom, apparently not realizing his mic was still on, and made a series of comments that became infamous.

“There it is. You’re caught,” he said in a series of seemingly unrelated sentences. “He was right. I was wrong.”

“What the hell did I do? Killed them all, of course,” he said in what was widely interpreted by viewers as a confession. But transcripts of the audio recording in court revealed that the quotes were spliced and edited to be in a different order and context, The New York Times has reported. Durst has said he was “high on meth” during the taping of the documentary.

Durst’s health has deteriorated since the documentary. He is thin and hunched over and speaks in a whispery voice. Durst has bladder cancer and has undergone multiple surgeries, including the insertion of a shunt in his head to relieve pressure on his brain.

Durst was not in court to hear the verdict due to recent exposure to someone with Covid-19. He remains in quarantine after one of his drivers tested positive for the coronavirus, Durst’s attorney said.

The judge ordered the jurors’ personal identifying information would be sealed for privacy and safety. It is up to the jurors whether they choose to discuss any deliberations or verdict.