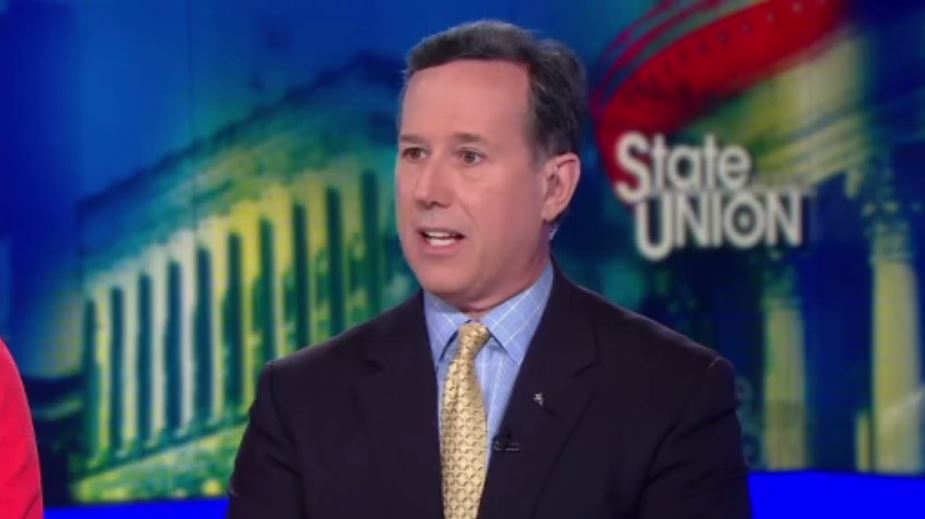 (CNN) — A CNN spokesperson said Saturday that the network has “parted ways” with Rick Santorum, the former US senator and conservative commentator who was the subject of widespread condemnation for recent remarks he made about Native Americans.

In an April speech to a conservative youth group, Santorum he spoke about the religious values of European settlers in the United States and said “we birthed a nation from nothing. I mean, there was nothing here.”

When video of the speech surfaced on YouTube, there were calls for Santorum to be fired from CNN. The Native American Journalists Association also spoke out against CNN as a whole.

By “effectively dismissing the millennia-long presence of Native Americans and the genocide inflicted on them as the Christian settlers transformed and expanded their colonies into the United States of America,” Santorum “angered many within the Native American community, and beyond,” The Guardian reported.

Santorum was long a lightning rod at CNN. As a senior political commentator on the network, he was an outspoken voice in support of the Trump agenda, even while distancing himself from some of the former president’s behavior.

After the speech controversy, he did not appear on CNN for a week. When he was booked in early May, on “Cuomo Prime Time,” anchor Chris Cuomo confronted him on the matter, and Santorum acknowledged that his comments were inaccurate. He said that he misspoke.

Santorum added, “I would never, and you know, people have said, ‘Oh, I’m trying to dismiss what we did to the Native Americans.’ Far from it! The way we treated Native Americans was horrific. It goes against every bone and everything I’ve ever fought for, as a leader, in the Congress.”

However, he did not apologize for his remarks in the speech.

HuffPost, which first reported the news, said Santorum’s contract was “terminated,” and quoted a source who said the “Cuomo Prime Time” interview was not well-received inside the network.

“Leadership wasn’t particularly satisfied with that appearance. None of the anchors wanted to book him,” the source, described as a senior executive, told HuffPost. “So he was essentially benched anyway.”

Santorum did not immediately respond to a request for comment on Saturday.

Santorum is not the first CNN commentator to exit amid controversy. Memorable past cases have involved Jeffrey Lord and Paris Dennard.

In all, CNN has scores of paid contributors who bring point of view and insight in many different fields.