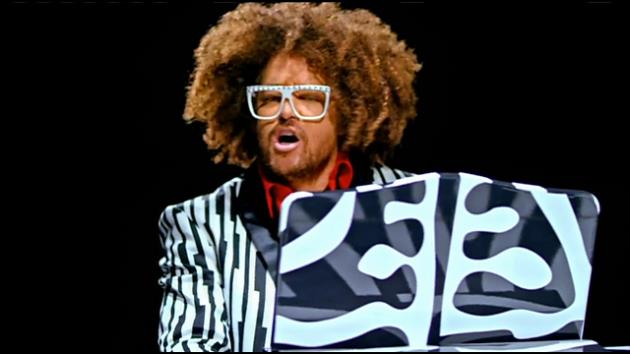 Mr. "Sexy and I know It," Redfoo, hit the 305 this weekend to launch his new solo album, "Party Rock Mansion," and he kicked it off with a pool party on the Beach. Of course, it’s not a party unless Deco is crashing it.

Redfoo is all about the party, so it made sense for him to name his first solo album "Party Rock Mansion."

Redfoo: "I put all my inspirations in this album. You got some Motown feel in ‘Light’s Out.’ In ‘Juicy Wiggle,’ you got some piano rock ‘n’ roll from the 50s, um, all the way to EDM."

The hip-hop singer debuted his new project at Dream on South Beach.

Redfoo: "It’s because Miami is where it all started, you know, for LMFAO."

Redfoo: "Now I’m solo. I wanted to come back here, and I said, ‘This is the place to launch the new album.’"

And even without his nephew, Sky Blu…

Redfoo: "Me and Sky Blu are family. He’s doin’ his own project, and I’m doin’ my project, and we give each other our blessings and, you know, I have the party people."

The sounds have a sexy vibe and wiggle, too. One song’s called "Juicy Wiggle."

Redfoo: "My goal is to turn this world into a Party Rock, if you will."

Redfoo is the partying pied piper of fun. He even wooed Stevie Wonder to help him with a new song. It’s called "Where the Sun Goes."

Redfoo: "Working with Stevie was amazing. I sent him the track. He gave me a response back and he said, ‘I love it. I wanna do it.’ That was all I needed."