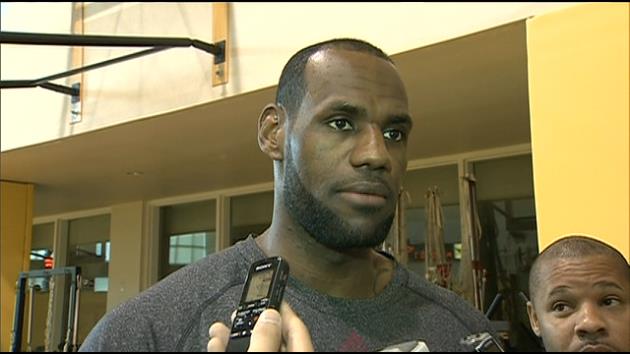 CLEVELAND (AP) — Cleveland Cavaliers star LeBron James is showing his sensitive side by admitting he cries during some movies and apologizing to his wife for sometimes losing sight of his family’s role in his quest for greatness.

James said he cried watching “The Lion King” and an episode of “The Fresh Prince of Bel-Air” when Will Smith’s father arrives to take part in his son’s life but then leaves. James says he never saw his own father.

The four-time MVP also discussed his obsession with greatness, saying he told his wife that “I’ve at times lost the fact of how important you are to this whole thing.”