‘Origin’ story: Juanes revisits roots of his inspiration after a year of lockdown blues 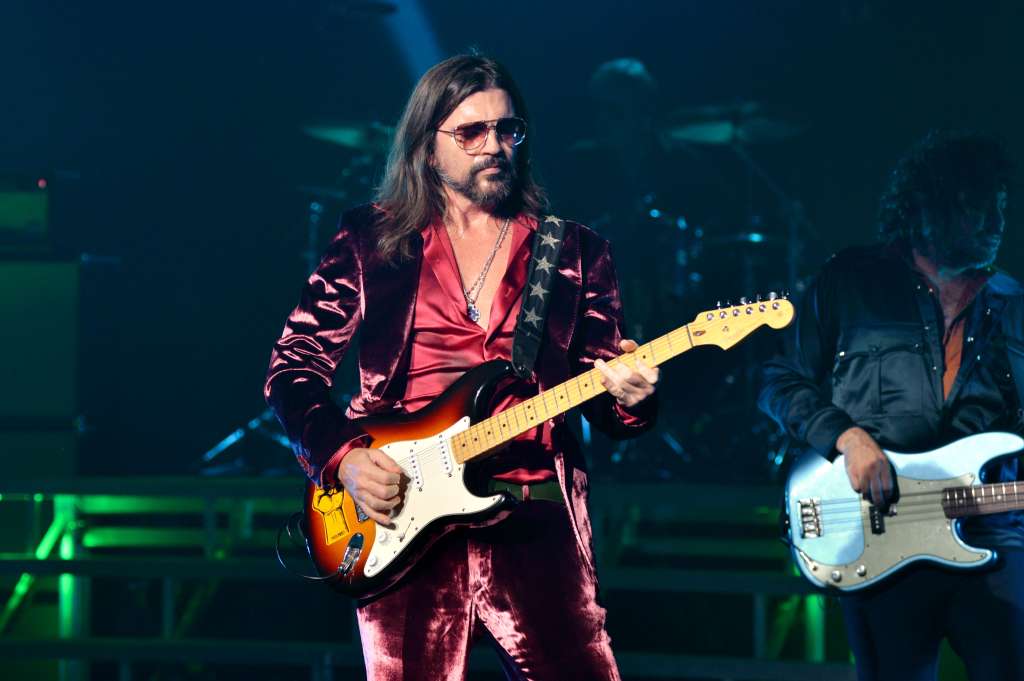 (CNN) — When you’re a global, multi-platinum selling artist with more than two dozen Grammy and Latin Grammy awards, filling up stadiums around the world with thousands of adoring fans becomes commonplace.

For Juanes, the thrill of getting up on stage night after night and performing for a live audience was something that the Colombian rock star had started to take for granted.

That is until Covid-19 hit.

“I never missed it so much as I did during the pandemic,” said Juanes, who recently embarked on his first United States tour in over two years, in an interview with CNN. “I have been touring since I was 15 years old, almost half my life. Then, all of a sudden, I’m home for like a year and a half and it was hard. I mean, it was great being able to spend that time with my family and write new music, but I also remembered how much I love performing and playing instruments on stage with my band. So, the fact that I can see an audience again, be in contact with them, it’s just amazing, it’s like a child with a new toy.”

The 21-date “Origen” tour, named after his latest album, kicked off in Miami on September 16 and will make stops in Los Angeles, Las Vegas, Houston and Chicago, among other cities, before wrapping up in New York on October 17.

This time around, though, Juanes says he has more in mind than just putting on a great show.

He’s also thinking about the safety of his fans, as well as his own and that of his bandmates, as they play venues in cities with different Covid-19 protocols and vaccine mandates.

“I think it’s very important if you want to go to live shows or restaurants or whatever to be safe and make other people safe too” he said. “Yeah, it depends on the city or the state whether they require vaccines, but I think it’s a social responsibility to get vaccinated.”

He says this as someone who admits that he was hesitant at first to get the jab.

“At the beginning, I was refusing to get vaccinated,” Juanes said. “I felt like the process was too improvised. I mean not improvised by the science community, but everything was just so fast. Normally those vaccines take like eight, 10 years to develop, and in this case it was like eight or nine months, so the feeling was we are kind of like rats in a laboratory not knowing what was going to happen.”

It was a visit from his elderly mother, however, that convinced the artist to cast his fears aside and finally get the Covid-19 vaccine.

“My mom is 91 years old. She was sitting in my living room, and when I saw her there I immediately said, ‘I have to go and get the vaccine right now. I have to go now.’ I didn’t want to live with the thought of something happening to her. So, for me, this is about responsibility and being considerate of others. It is not about politics or religion, it is about the science and the doctors, so my advice now is to listen to them.”

He especially encourages Latinos, a group that has lagged behind others in vaccination rates, to ignore the deluge of disinformation on social media and the politics that have clouded the process.

“In the end,” he said, “you have to think I have to be responsible with myself, my family and those around me.”

For now, Juanes says he is glad to be back on the road with “Origen,” an album of cover songs that he says takes him back to his roots and pays tribute to the songs and artists that inspired his own musical journey — from Juan Luis Guerra to Carlos Gardel to Bruce Springsteen and Bob Marley.

“We cover songs from the 40s, 50s, 60s, 70s, 80s, 90s. You know, Fito Páez, Juan Gabriel, Joaquín Sabina. All these big songs that I grew up listening to and that the audience also knows, but that they are hearing in my own style,” Juanes said. “We mixed a lot of elements of Caribbean percussion and Pacific and Atlantic rhythms from Colombia with rock music, and it was very cool. I really love this album, it’s very important for me.”

It also just picked up three Latin Grammy nominations, including Album of the Year, adding to the singer/songwriter’s list of highlights coming out of the forced lockdown.

Another highlight? Being invited by Metallica to cover “Enter the Sandman” on the metal band’s “The Metallica Blacklist” compilation album.

“When I was a kid, a teenager, I used to listen to Metallica,” he said. “I think it is because of Metallica that I am here. They inspired me to play electric guitar, to be part of a rock band. So when they invited us to be part of the Blacklist album after seeing us perform ‘Seek and Destroy’ at a rock festival in Colombia, I just couldn’t believe it.”

Juanes also has his sights set on the future. After this tour, he will begin working on a new album that he hopes to release in the next several months. He says he wrote more than 40 songs during the pandemic that, much like him, he can’t wait to take to the stage and perform live for his fans.