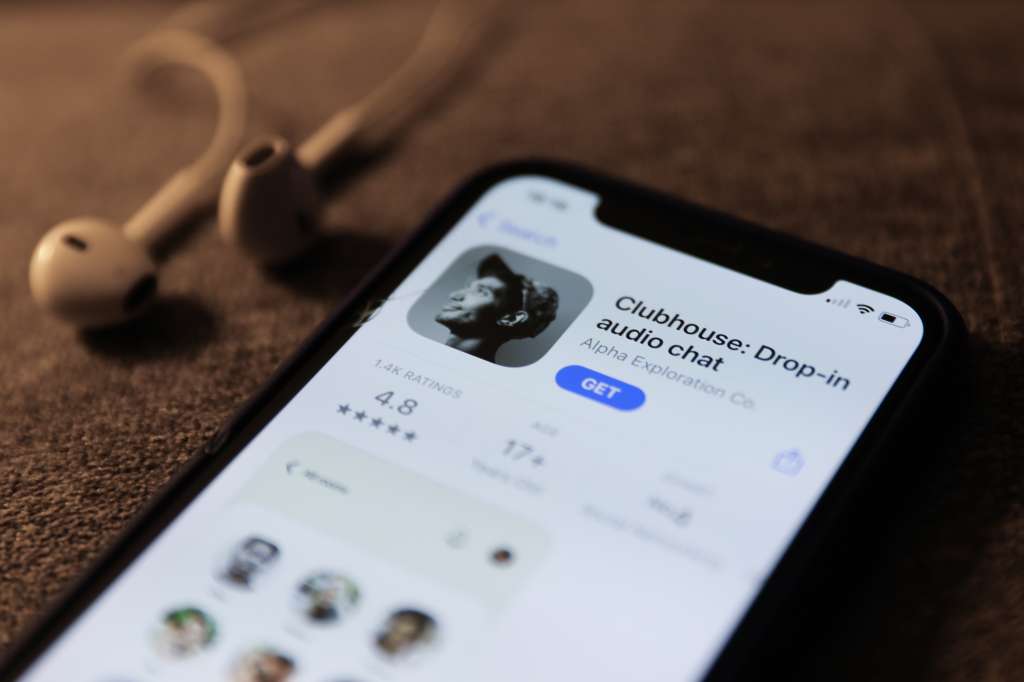 Clubhouse Drop-in audio chat app logo on the App Store is seen displayed on a phone screen in this illustration photo taken in Poland on February 21, 2021. (Photo illustration by Jakub Porzycki/NurPhoto via Getty Images)
CNN

(CNN) — With Broadway theaters shut down during the pandemic, artists are turning to Clubhouse, a buzzy audio app often used for networking and virtual panels, to create free full-length musicals.

Clubhouse, which is still in beta testing, is an invitation-only app with hundreds of audio chat rooms where its millions of users can talk about a wide range of subjects. For Broadway afficionados, it has provided a platform for actors and artists around the world to connect and get their performing arts fix. And while audio drama isn’t a new concept, Clubhouse users have used their own creative backgrounds to revolutionize the app experience.

On her first day using the app in September 2020, Noelle Chestnut Whitmore — who was on furlough from her music festival marketing job — joined a Clubhouse room called “The Cotton Club.” Created and led by singer-songwriter Bomani X, the room resembled a real-life jazz club experience where people virtually mingle and designated users act as the club’s bartender and DJ. Participants were required to change their profile photos to a black-and-white image of their favorite jazz musician, tapping into Clubhouse’s visual capabilities that are limited to user profile photos.

Whitmore’s “Cotton Club” experience inspired her to find her own way to get creative. Within two months, she began working on a Clubhouse-based “Lion King: The Musical,” connecting with other artists who were interested in pursuing musical opportunities on the app, and it wasn’t long before she saw the benefits. During a music industry panel that Whitmore hosted, she connected with the CEO of Geojam, a rewards-based music platform, which is how she landed her current position as chief marketing officer at the company.

The musical went live on Clubhouse on December 26 with afternoon and evening performances. The production followed the 1994 movie script of “The Lion King” word-for-word, with an added original narration by Mir Harris — a creative strategist who starred in and produced the musical — to compensate for the lack of visual components in the performance.

“Lion King: The Musical” took off, serving as the impetus for other Clubhouse performances, including “The Wiz” and “Dreamgirls.” The musicals revived a century-old form of entertainment: radio drama.

“Audio theater was the standard for our grandparents,” said Sherita Carthon, the casting and creative director for “The Wiz” on Clubhouse. “Through the drop-in audio app, we pulled on the spirit of times past to open up our audience’s imagination through pictures and sound.” Listeners tuned in from as far as Germany and Afghanistan, Carthon said.

“There is no way for a locally based theater production to have that type of reach,” she said.

While many platforms lend themselves to creative use cases for artists, Clubhouse differentiates itself by placing an emphasis on feedback from users, who can recommend features and products that they want to see on the app.

Paul Davison and Rohan Seth, the app’s founders, hold town hall meetings in a Clubhouse room every Sunday, a conversation that is open to all users until the room hits its capacity of 8,000 people. Users who don’t make the cut create overflow rooms so additional people can listen to a live recording of the meeting.

“They tell us what is being rolled out, and we could submit questions on a weekly basis or live to talk about things or suggest product features, and that is definitely not normal for most platforms,” Whitmore said. “We as creators kind of get to influence the app, and what the future of the app is, and I’ve never seen that before.”

Whitmore held auditions for “The Lion King” in Clubhouse rooms, with more than 50 people from countries including the United States, the United Kingdom and Canada trying out, vying for roles in the musical.

When it was finally showtime, the “Lion King” cast members kicked off the audio performance by making their profile image a red curtain like those used in theaters. Once the music began, the performers changed their profile pictures, and the icons transitioned into the corresponding character images. Around 5,000 people tuned in for each show — the maximum allowed in a Clubhouse room, which has since increased.

The performance received rave reviews on Twitter, with fanfare extending beyond Clubhouse. During the show’s afternoon debut, #TheLionKingCH was a trending topic on Twitter. “Wasn’t it beautiful? Hats off to director @noellechesnutw and every talented person who brought joy today through #LionKingCH. A gorgeous indie production,” film director Ana DuVernay tweeted after listening to the show on Clubhouse. “Strong and compelling performances. Crew was on point. You all did that! Black excellence on @joinClubhouse. Jus’ sayin’.”

And while the audio experience isn’t comparable to what audience members would experience at in-person shows, with Broadway, theaters and music venues closed, artists are making it work. “A lot of what we do now has been relegated to online, said “Dreamgirls” musical director Elle.Morris.

Leroy Church, Elle.Morris’ fellow cast member, worked as the casting and artistic director for “Dreamgirls” on Clubhouse, but he was part of the Broadway cast of “The Lion King” before the pandemic. Church said putting together a musical on the audio app highlighted how to “bridge the gap to make a digital theater space” and get creative when in-person Broadway shows come back.

As for that timeline, in March, New York Mayor Bill de Blasio said he expects Broadway and off-Broadway to return by September 2021.