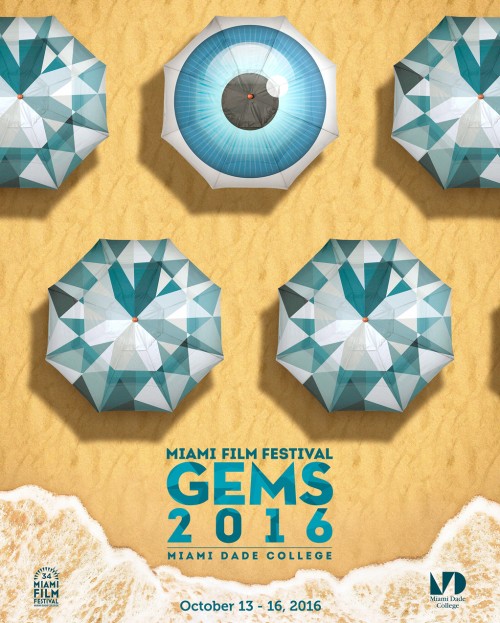 The Miami Film Festival made the announcement, Thursday, at Shinola in Wynwood, the event’s official timekeeper.

GEMS 2016 is the precursor to the 34th annual Miami Film Festival in March of 2017. The event takes place from Oct. 13-16 and will include a large variety of films spanning from Cannes winners to current Oscar contenders.

According to the Miami Film Festival, GEMS aims deliver quality films that “inspire, provoke, and entertain, allowing the South Florida community to immerse themselves in a cinematic ride that will take them to unexpected places.”

This year’s lineup includes major Award winners from around the world, as well as films with South Florida connections such as Jim Jarmusch’s documentary “Gimme Danger” about Miami resident and punk rock legend Iggy Pop,

And to kickoff this year’s festival on a high note, GEMS will open the show with the Florida premiere of the much anticipated documentary “The Rolling Stone Olé Olé Olé!: A Trip Across Latin America.” The documentary follows the Rolling Stones as they take a road trip across South America in early 2016. It was the first time they toured in South America in over a decade. The film focuses especially on the dramatic lead up to their history-making final stop in Havana, Cuba.

During Thursday’s announcement, the Festival’s executive director and director of programming, Jaie Laplante, said, “These are the movies that matter the most, right now. These are grand visions of our humanity and what is becoming of us. This is cinema that shows us life as novels and television cannot.”

Opening night festivities include a “Rolling Stones” party with music, food and drinks.

Miami Dade College’s Miami Film Festival is the only major film festival worldwide produced by a college or a university.

For tickets and the full program, visit: gems2016.miamifilmfestival.com/program.