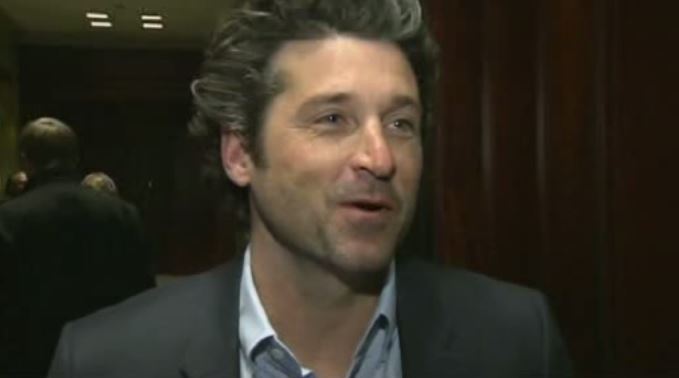 LEWISTON, Maine (AP) — A Hollywood actor who created a bike-and-run fundraiser to support a cancer center wants to help more people who’re dealing with cancer in his home state.

Former “Grey’s Anatomy” star Patrick Dempsey was a force behind the Dempsey Center, created in 2008 in partnership with the Central Maine Medical Center in Lewiston. Dempsey and his sisters were inspired by their mother, Amanda, who later died from cancer in 2014.

Last year, the nonprofit separated from the hospital and merged with the Cancer Community Center in South Portland. Dempsey said there are plans to create a hospitality house for cancer patients and caregivers in Portland. Eventually, he hopes to open a new center in northern Maine.

“I am completely committed,” he said.

Dempsey, who grew up in Buckfield, Maine, was in his home state over the weekend for the Dempsey Challenge to raise money for a cancer center. The two-day event started Saturday with 10K and 5K runs and was wrapping up Sunday with rides ranging from 10 miles to 100 miles.

This year, organizers hope to raise $1.5 million to further the foundation’s goals.

Dempsey isn’t giving up acting or his passion for auto racing.

He became widely known as heartthrob neurosurgeon Dr. Derek “McDreamy” Shepherd on TV’s “Grey’s Anatomy.” He appears in the TV miniseries “The Truth

About the Harry Quebert Affair” and will soon appear in another series, the international financial conspiracy thriller, “Devils.”

Dempsey arrived in Maine from Germany where he was at an international automobile show where Porsche unveiled an electric sports car.