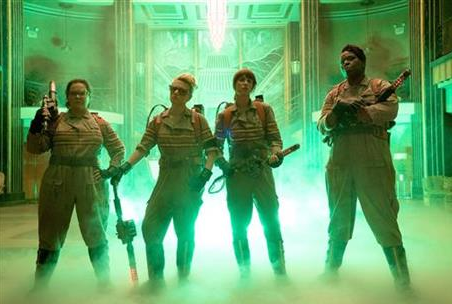 NEW YORK (AP) — Under a barrage of hateful posts on Twitter, “Ghostbusters” star Leslie Jones said she was “in a personal hell” and urged the social networking service to do more to eradicate abuse.

In a series of posts Monday night, Jones said she had been pummeled with racist tweets. She retweeted numerous tweets directed at her with pictures of apes.

I feel like I'm in a personal hell. I didn't do anything to deserve this. It's just too much. It shouldn't be like this. So hurt right now.

Jones said the messages were deeply hurtful and brought her to tears. The “Saturday Night Live” cast member called on Twitter to strengthen guidelines and for users to “stop letting the ignorant people be the loud ones.”

The recently released “Ghostbusters” has spawned an unusual amount of vitriol online. Many, however, came to Jones’ defense, tweeting under the hashtag “LoveForLeslieJ.”