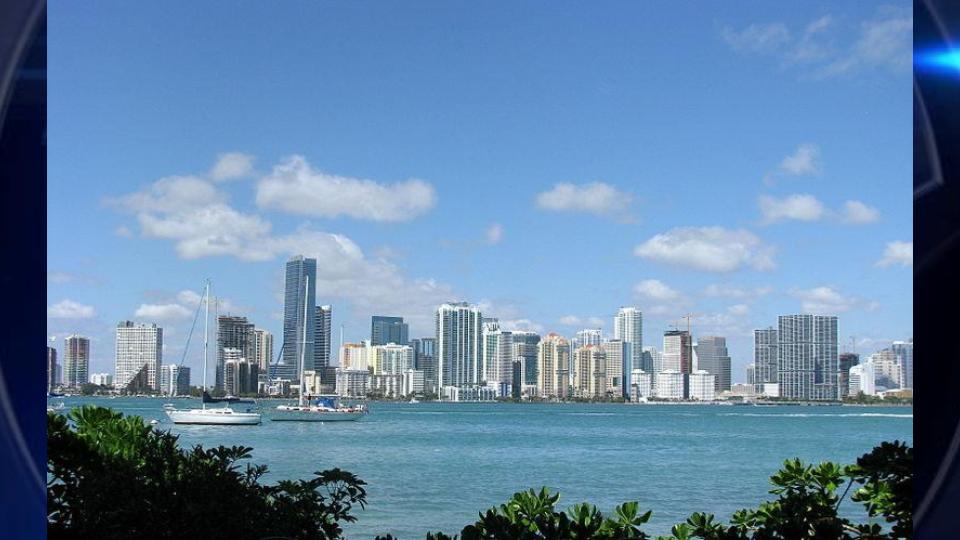 MIAMI (AP) — When it opened 50 years ago, the restaurant with the best view of Miami existed in a different world.

The theme was all tiki, all the time. You could not find a trace of sushi or a whole-fried fish on the menu. A Mai Tai was the best accompaniment to your teriyaki steak, and you could order Baked Alaska for dessert. Even the city of Miami skyline, often considered the star of the show, has grown and changed dramatically over the decades.

But while change is inevitable, longevity is not. It deserves to be commemorated — especially in Miami. So after scores of weddings and receptions, parties and dinners and every other sort of special event, Rusty Pelican on Key Biscayne is celebrating its own 50th anniversary this month (it’s technically located on Virginia Key, but its address is Key Biscayne). On Friday, the City of Miami will proclaim Aug. 26, 2022, as “Rusty Pelican Day” and present a key to the city to John Tallichet, CEO and president of Specialty Restaurants, the restaurant’s parent company.

Rusty Pelican has survived a lot. Devastating fire. Massive disruptions to the industry and the shifting of customer tastes. A couple of renovations. A citywide vote on its fate. The Miami International Boat Show’s move to Key Biscayne in 2016 and the controversial decision to move Ultra Music Festival to the Key in 2019.

Through it all, the customers kept coming.

Tallichet says the Miami skyline has been and still is part of what lures guests across the Rickenbacker Causeway. His father David opened the restaurant in 1972, and even then, diners sometimes paid more attention to the view than what was on their plates.

“The skyline, that is our show,” Tallichet says. “It’s incredible how many towers and buildings have been built over the years. If you want to see Miami from the perspective of how it has changed, this is the best place to view it.”

Still, while a million-dollar view and warm feelings of nostalgia are powerful draws, they’re not always enough to keep a restaurant afloat for 50 years. Change is inevitable and necessary, Tallichet says, especially since diners are more concerned about what they’re eating these days.

“It was always a challenge to figure out where you needed to evolve to stay current but not lose the connection to the past,” he says.

Built on land David Tallichet leased from the city of Miami, the restaurant began its life as a tiki restaurant, but when the idea of themed restaurants fell out of favor, the Tallichets shifted gears and began to move toward a more general seafood-and-steak menu. The original building, which played a role as a snobby yacht club in the 1980 comedy “Caddyshack,” burned down in a fire in 1987 and had to be rebuilt. That expansion included the second-floor event space for receptions and parties.

In 2003, a ballot initiative asked voters to approve another major expansion that raised the restaurant’s rent from $48,000 a year to $350,000. Seventy-seven percent of voters approved the new lease and expansion. In 2011, the restaurant renovated again.

“I had people tell me: ‘You killed my favorite restaurant,’ ” Tallichet says. “But I loved that old barn wood, too. It was tough to lose it. We got pushback, but we really miss it, too. But in our business you have to keep things current and upgrade. What we have today works well; it’s the kind of look that is timeless and can continue to be upgraded.”

Menus have to change, too. Now, you can still order steak, but the menu leans toward seafood, according to general manager Derrick Badenhorst. Sushi is popular, and there’s a steak-and-seafood board for two with a whole fried snapper, lobster and shrimp risotto, a New York strip and sweet plantain mash. There’s a raw bar with items from shrimp cocktail to ceviche plus seafood towers to share. The bestselling entree, he says, is the sea bass.

The restaurant has also added vegan dishes, and the kitchen tries to accommodate the fickle tastes of children, too, Badenhorst says. After all, this is a family restaurant, one that draws different generations.

“We don’t run to the finish line,” says Badenhorst, who says couples planning a wedding will on occasion confide that their parents and grandparents also celebrated their weddings at the restaurant. “We take it as a long race. We go with what’s good for us.”

Tallichet acknowledges the restaurant tends toward the tried-and-true items.

“We’re not a trendsetter,” he says. “We want to be relevant to the food scene, but we’re not one to be cutting edge. We want items that people recognize, but when the dish comes out, they go, ‘Wow!’ We have to have incredible presentation. It needs to be a great experience.”

Sous chef Eddie Mar, who started as a prep cook, has worked at Rusty Pelican for more than 10 years. His best memory of working at the restaurant was hosting the Miami boat show.

“It was my first time experiencing an event on such a huge scale,” he says. “I created a lot of lasting memories working it.”

Lead prep cook Victor Lozier, who has been at the restaurant for 10 years and enjoys working the weekend brunch shifts, says what he loves about Rusty Pelican goes beyond the work.

“It’s like working with family,” he says. “Everyone pushes each other to become something greater. I am so thankful for that experience.”