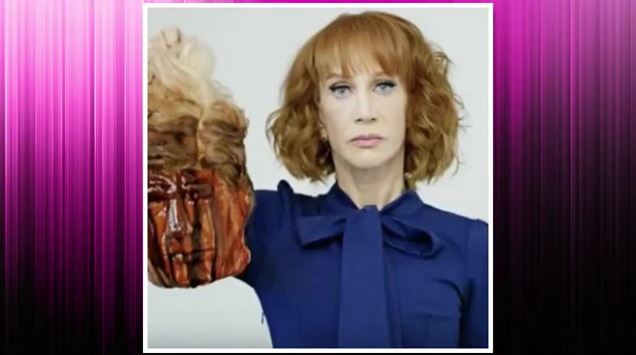 LOS ANGELES (AP) — Kathy Griffin says she hopes to make her U.S. comeback by laughing about the disturbing photograph that got her in hot water with the feds and almost killed her career.

But she also has this warning amid the jokes: “If it happened to me it can happen to you.”

Griffin is embarking this summer on a North American tour that kicks off a year after she was condemned for posing for a picture in which she gripped a bloodied rendering of Donald Trump’s head.

Ten months on, she is unbowed and says she still hopes she went too far because “that’s my job.”

The “Suddenly Susan” star lost income, received death threats and was afraid to leave her home. She was investigated by the Department of Justice for two months.