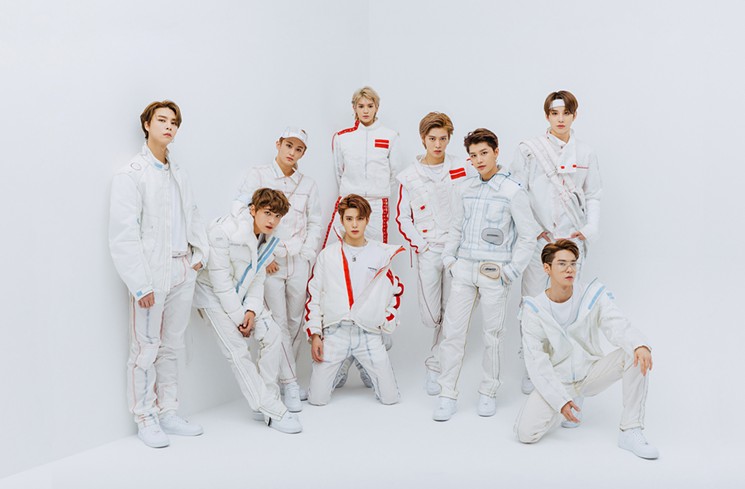 The group’s South Florida visit on Sunday is the third stop of their first-ever North American tour, which is in turn part of the Neo City – The Origin world tour.

Having debuted in 2016, the band has since been featured in Apple Music’s Up Next spotlight series in 2018.

The group also recently collaborated with Jason Derulo and EXO’s Lay in “Let’s Shut Up and Dance.”

NCT 127 are the second SM Entertainment group to have a tour stop in South Florida this year, with lablemates Red Velvet previously having performed at the Fillmore in February.

NCT 127 is one of the sub-units of the group NCT, which stands for Neo Culture Technology. The 127 in NCT 127 represents the longitudinal coordinate of Seoul, where the multicultural group is based.

The North American leg of the Neo City – The Origin world tour kicked off on April 24 in Newark, New Jersey, where fans were surprised with performances of tracks from their upcoming EP, “We Are Superhuman.”

The new album is scheduled for release on May 24.

NCT 127 will be performing Sunday night at the Watsco Center in Coral Gables at 8 p.m. Tickets cost between $89 to $205.