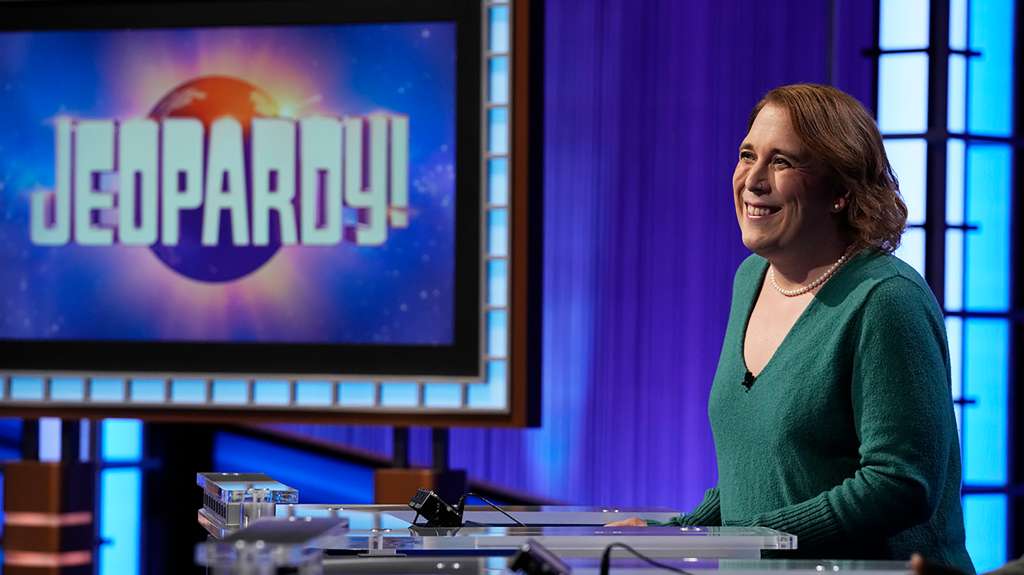 (CNN) — It’s game over for “Jeopardy!” champ Amy Schneider, but she has more than 1.3 million reasons to be grateful for her impressive run.

Rhone Talsma, a librarian from Chicago, ended Schneider’s time on the program.

“I had thought that Rhone was going to be tough going into it,” said Schneider in a statement released to the media.

“I loved hanging out with him, we had great conversation before the taping, but I could tell that he was here to play and that he was going to be good. I still came very close to winning, but I did feel like maybe I was slipping a little bit. And once it was clear that he was fast on the buzzer, I knew it was going to be a battle all the way.”

Schneider came in second during the game that aired Wednesday.

With Schneider’s exit, current host Ken Jennings keeps his record for most victories in “Jeopardy” history, with 74 wins.

Schneider took the second place spot from Matt Amodio, who had $1,518,601 in winnings during his time on the show, earlier this week.

Schneider and Amodio will face off in the next edition of the “Tournament of Champions” in the fall.

“It’s really been an honor,” Schneider said. “To know that I’m one of the most successful people at a game I’ve loved since I was a kid and to know that I’m a part of its history now, I just don’t know how to process it.”