Jennifer Lopez and Ben Affleck return to the red carpet together 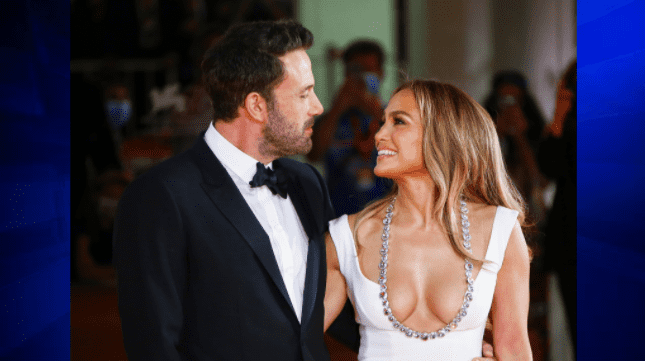 Jennifer Lopez and Ben Affleck appeared together Friday on the red carpet of the premiere of Affleck’s film “The Last Duel” during the Venice Film Festival in Italy. The two were photographed holding hands and kissing, publicly confirming that Bennifer 2.0 is happening.

Earlier this summer, Affleck and Lopez were captured by paparazzi after Lopez’s split with fiance and former baseball player Alex Rodriguez, sparking rumors that the power couple had gotten back together.

They were also pictured together in a video montage posted on Instagram by actress and friend Leah Remini that included photos and clips from Remini’s birthday in June.

Then on her 52nd birthday in July, Lopez appeared to confirm the speculation by posting a series of photos to her Instagram that included one of her kissing someone that looked like Affleck.

Lopez and Affleck first met in 2001 on the set of the rom-com “Gigli,” in which they played criminals stuck on a job together, and later began dating. They became engaged in November 2002.

But nearly a year after the engagement and just days before the pair were set to wed, they postponed the nuptials, with sources telling CNN at the time that the two were “taking a break.” Bennifer 1.0 officially announced their split in January 2004.