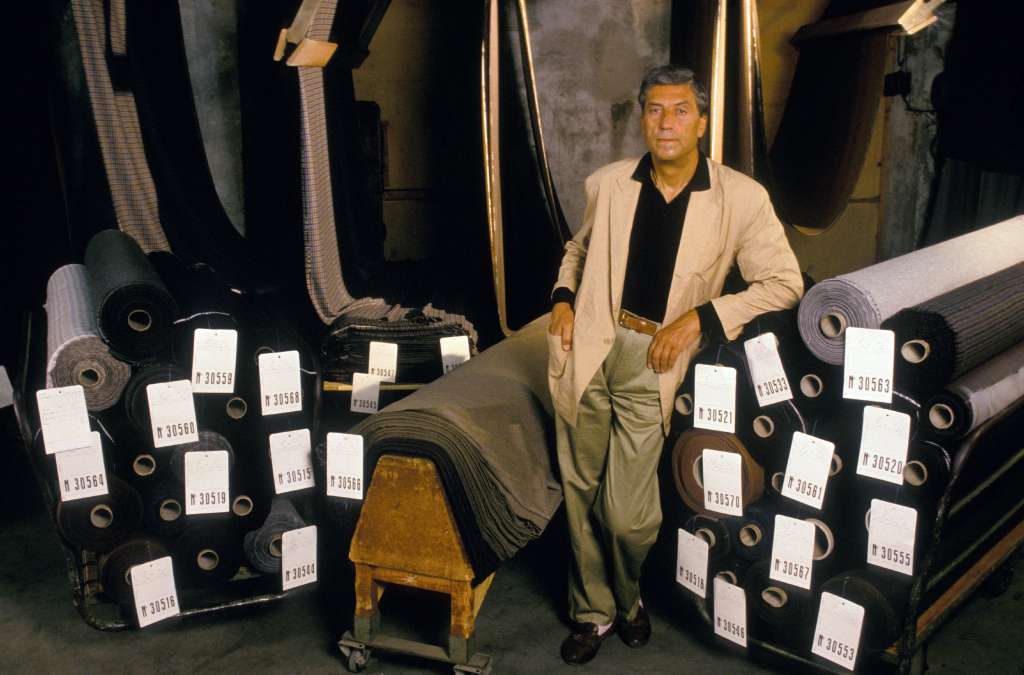 He died at the hospital in Vercelli, Italy, where he was hospitalized for a hip operation, CNN affiliate SkyTg24 reported Saturday.

“For the family, friends, collaborators, and employees of Lanificio Cerruti, and the entire world of Italian fashion, today is a very sad day, because of the death of Signor Nino,” said the Lanificio Fratelli Cerruti company statement posted on Facebook.

“We have lost a man of talent, an extraordinary designer, a man before his time, and a wonderful mentor, to whom many people owe so much,” the statement said.

“Through his commitment and dedication to his work, which for him was his mission, he will become an everlasting example of a life lived in the constant search for style and harmony,” the business said.

Born in Biella, Italy, on September 25, 1930, into a family of textile industrialists, Cerruti inherited the family company at the age of 20 on his father’s death, according to his biography published on the website of Lanificio Cerruti.

In 1967, he opened the first Cerruti 1881 boutique at Place de la Madeleine in Paris. In the mid-1960s, Cerruti “collaborated with new emerging names in Italian fashion, taking on as ‘rookies’ designers of the caliber of Giorgio Armani,” it says, adding that in the 1970s, he created the first deconstructed jacket.

Cerruti was also a mentor to Giorgio Armani and Veronique Nichanian, and in 1994, he was appointed official designer of Formula 1 team Ferrari.

Italian Deputy Minister of Economic Development Gilberto Pichetto also expressed his condolences in a statement sent to CNN on Sunday.

“I am very saddened by the death of the manager and stylist Nino Cerruti: with him, a giant of Italian entrepreneurship and a significant piece of Biella’s history has passed away,” Pichetto said. “I will always remember him with affection and esteem, for his intuitions, competence, and foresight with which he made Italian fashion great, exporting our Made in Italy in the world.”

The Fédération de la Haute Couture et de la Mode in Paris paid tribute to Cerruti in a statement published Sunday, saying, “Nino Cerruti was one of the most influential designers of men’s luxury ready-to-wear in the 20th century. Innovator, industrialist, and a great designer, he revolutionized high-end men’s fashion by inventing the first deconstructed jacket in the 1970s.

“Nino Cerruti succeeds both with his eponymous house and with the family business Lanificio Fratelli Cerruti. Nino Cerruti defined the concept of ‘style’ as ‘a perfect blend of culture and art,’ a term he preferred to ‘elegance,’ which according to him had ‘a terrible old taste.'”

Ralph Toledano, President of the Fédération de la Haute Couture et de la Mode, added, “Nino Cerruti was undoubtedly a creative genius, a passionate man with an extraordinary eye, but also a great entrepreneur. Nino Cerruti introduced the notion of “casual chic” into fashion and men’s clothing, and was himself a man of rare elegance.

“Today we say goodbye to a great man who belonged as much to Milan as to Paris,” Toledano said.