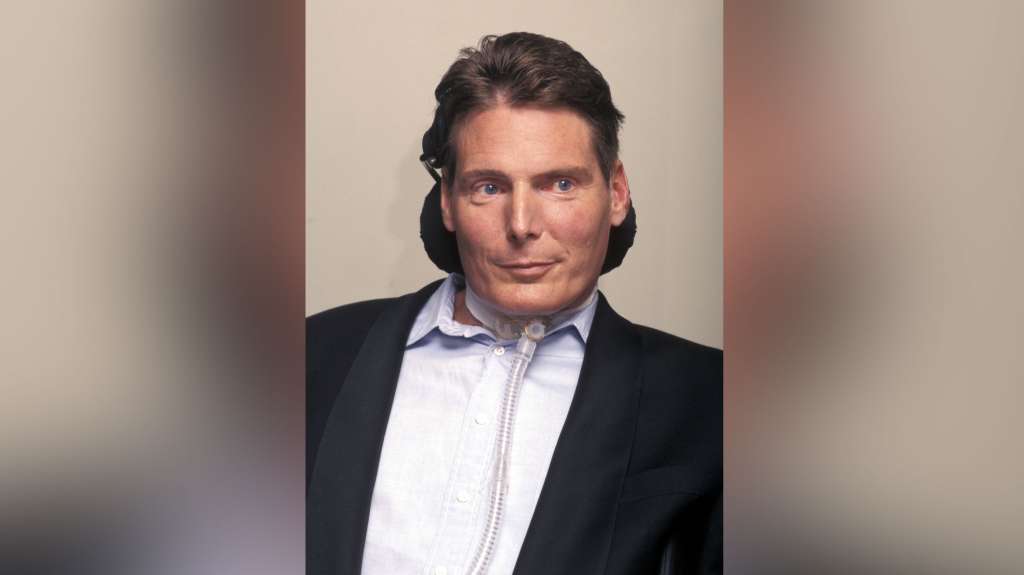 Google Doodle honors Christopher Reeve, the "Superman" actor, pictured here in 1998, who became an activist for the disabled, on what would have been his 69th birthday. (Photo by Ron Galella/Getty Images)

(CNN) — Saturday’s Google Doodle honors Christopher Reeve, the “Superman” actor who became an activist for the disabled, on what would have been his 69th birthday.

Reeve was paralyzed from the neck down in a horse-riding accident in 1995 and spent the rest of his life lobbying for disabled rights and advocating for research into spinal cord injuries.

“While the world first knew him for his starring role in the 1978 film Superman, it was his courage and humanity following the accident that left him paralyzed that touched so many people around the globe,” Reeve’s family said in a statement on Google.

His efforts included advocating for spinal cord research and supporting improvement in insurance coverage and payments for the disabled.

The Christopher and Dana Reeve Foundation distributed “millions in individual grants,” according to Google, and Reeve served on boards of other organizations that helped the disabled.

It was Reeve’s wife, Dana, who gave the actor the will to persevere after his accident, according to a biography on the Christopher and Dana Reeve Foundation website.

“When Dana whispered those life-saving words to me, ‘You’re still you. And I love you,’ it meant more to me than just a personal declaration of faith and commitment,” Reeve is quoted as saying. “In a sense it was an affirmation that marriage and family stood at the center of everything, and if both were intact, so was your universe.”

And it was seeing others struggle with their disabilities alongside him in rehabilitation that was the push to use his fame to advocate for them, Reeve once said.

“I felt I needed to do something — not just for myself but for everyone else in the same condition,” Reeve wrote. “Even if I had wanted to (which I didn’t), I would never be able to forget the other patients I had met during rehab. I had seen too much of their struggles and pain. I couldn’t go home, devote my life to myself and my family, and ignore the larger picture.”

In his autobiography, “Still Me,” Reeve wrote that people often asked him what a hero is, and Reeve would say it’s someone who does something courageous without thinking about the consequences.

“Now my definition is completely different,” Reeve wrote. “I think a hero is an ordinary individual who finds strength to persevere and endure in spite of overwhelming obstacles.”

“Happy birthday, Christopher Reeve—who remains a hero to many both on and off the screen!,” Google wrote in its tribute.