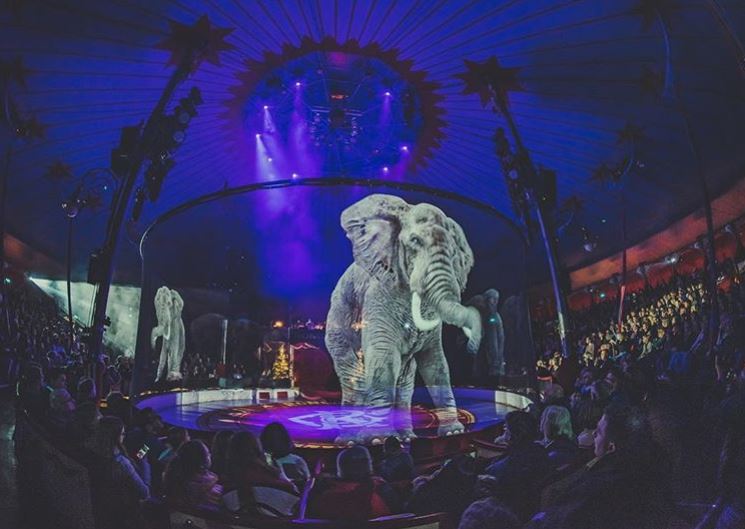 (WSVN) - A circus in Germany has changed the game by replacing it’s live animal performances with a 3D hologram show.

Circus Roncalli, founded in 1976, has traded live animals for holographic horses, elephants and even a giant goldfish in an immersive light show.

The adaptation has been a part of the circus’ “Storyteller” show since 2018 but is gaining attention over social media recently as more people are calling for a change against shows using animals for entertainment purposes.

Circus Roncalli is the first circus in the world to use holographic animals in their shows.

Founder and director Bernhard Paul invested more than 500,000 euros into the project.

According to the company, more than 600,000 people have come to see the show in one year alone.

Tickets range from about 29 to 70 euros, which, when converted to U.S. dollars, ranges from approximately $32 to $79.