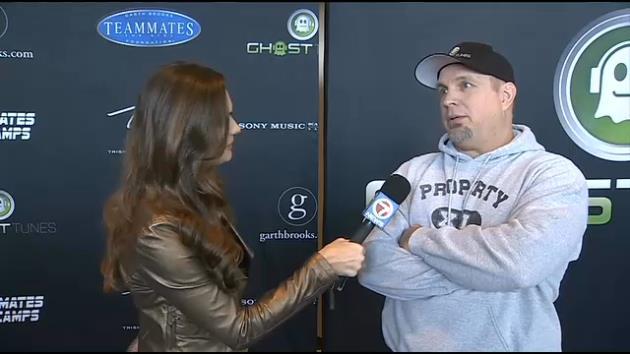 It’s been two decades since one of the biggest names in country music took the stage in South Florida. Tonight, he’s back and he has a plan for two shows but a demand for three.

Fan: "I’m so excited about this, I feel like a 12-year-old going to see Justin Beiber."

Garth Brooks: "Thank you. Thank you for 20 years ago, thank you for tonight in advance. And just warn them, this whole weekend is gonna be stupid, crazy and loud so just know when you’re coming, that’s how it’s gonna be."

It’s gonna be a family affair. Garth getting a little misty-eyed talking about his sidekick.

Trisha Yearwood: "He cries at commercials. So he’s always that guy."

Grammy award-winner and superstar Trisha Yearwood is on the road with her hubby.

Trisha Yearwood: "We feel so blessed and really, truly, we talk about it how blessed we feel. It’s not just something you say in an interview."

Jessica Holly: "What could possibly be next for Garth Brooks?"

Garth Brooks: "You know, people talk about a bucket list, and you know, they say, "What’s on your bucket list?’ The truth is, I don’t have anything on my bucket list except, to do this more. That’s all I want to do."