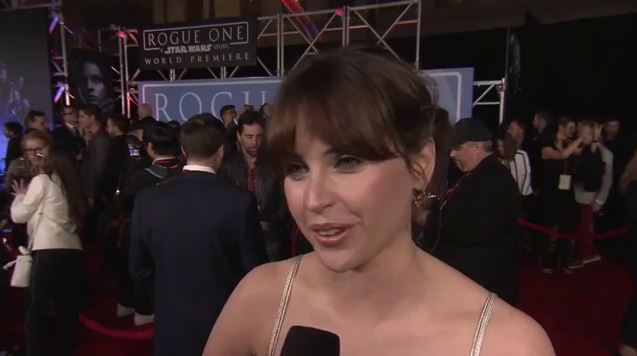 LOS ANGELES (AP) — Felicity Jones knew that portraying Supreme Court Justice Ruth Bader Ginsburg in the new film “On the Basis of Sex” would be an intimidating task, but she already had a big vote of confidence from a pretty powerful ally: Ginsburg herself.

Jones says that Ginsburg had seen her Oscar-nominated work in the Stephen Hawking film “The Theory of Everything.” When she met the associate justice for coffee at her apartment, Ginsburg told the British actress that she didn’t have any advice for her.

Jones says Ginsburg told her that she knew she could do it.

“On the Basis of Sex” opens in theaters nationwide on Christmas Day.